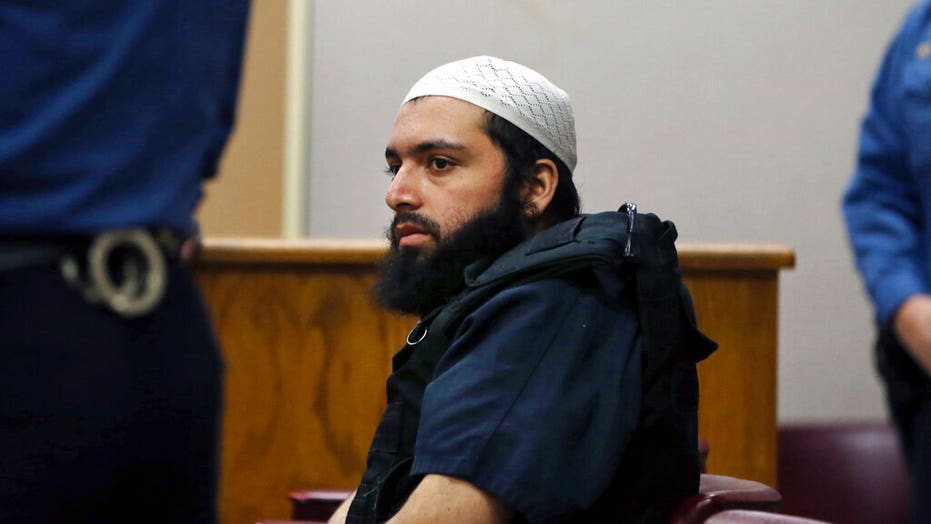 The convicted terrorist already serving two life sentences for multiple pressure-cooker bombings in New York City was found guilty Tuesday on all five counts of attempted murder against police officers after a shootout stemming from his arrest in the 2016 attacks.

Ahmad Khan Rahimi, 29, was convicted in October of planting pressure-cooker bombs in New York and New Jersey on Sept. 17, 2016.

The first blast happened during a Marine Corps 5K run in Seaside Heights, N.J. after a pipe bomb exploded but no one was injured because the race had a delayed start. The second occurred just hours later after two-pressure cookers detonated in Chelsea, Manhattan injuring 31 people as shrapnel and glass sprayed from the devices, causing head injuries and lacerations to the face, abdomen, legs and arms.

A day later, police uncovered six more explosives inside a backpack at the entrance of the New Jersey Transit station in Elizabeth, New Jersey, one of which detonated as law enforcement used a robot to defuse it.

Following the bombings, police embarked on a two-day manhunt for Rahimi that ended in a shootout in the Linden neighborhood of N.J., where he was found sleeping in the doorway of a tavern.

In this Dec. 20, 2016 file photo, Ahmad Khan Rahimi, the man accused of setting off bombs in New Jersey and New York's Chelsea neighborhood, sits in court in Elizabeth, N.J.<br>

Multiple police officers were injured, but Rahimi was shot and arrested.

Rahimi, who was born in Afghanistan but is a naturalized U.S. citizen, had a handwritten journal that police uncovered, where he said “The sounds of bombs will be heard in the streets” and “Bombs set off in the streets they plan to run a mile." He also praised Islamic jihadists such as Usama Bin Laden and Anwar al-Awlaki, both former leaders of the terrorist group al Qaeda.

The jury, consisting of eight women and four men, began deliberating on Thursday and asked the judge before making its final decision to clarify the definition of assault after Rahimi's attorney argued that his client was acting in self-defense when he engaged in gun battle with law enforcement, according to reports by ABC 7.