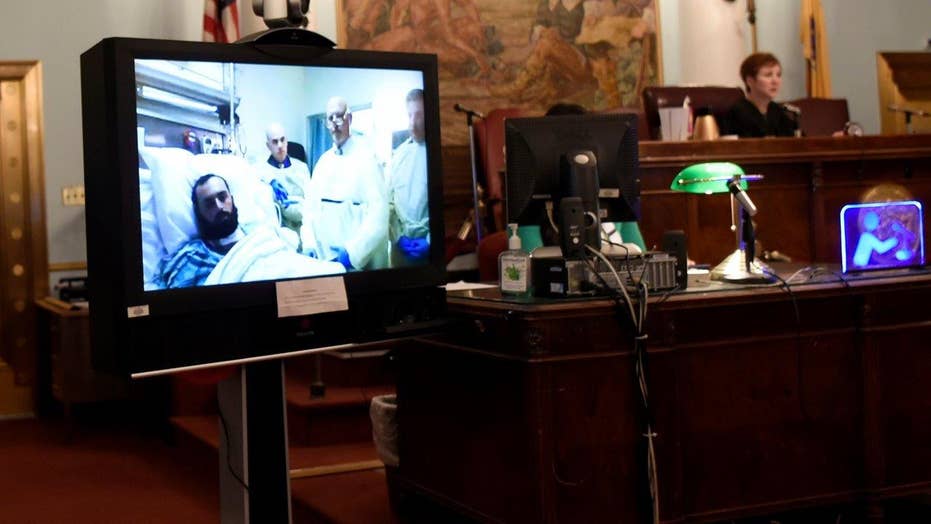 The man accused of setting off bombs in New Jersey and New York, injuring more than 30 people, pleaded not guilty Thursday to charges he tried to kill police officers before they captured him.

Ahmad Khan Rahimi, an Afghan-born U.S. citizen, appeared in the courtroom in Elizabeth, N.J., through a video feed from his hospital bed in Newark. The judge ordered him held on $5.2 million dollars bail. The feds previously identified him as Ahmad Rahami.

He's been hospitalized with gunshot wounds since the police shootout that led to his capture on Sept. 19 outside a bar in Linden, N.J. He reportedly did not regain consciousness until last week.

Rahimi, 28, is charged with five counts of attempted murder of a police officer and weapons offenses.

Rahimi also faces federal charges in both states. Officer Angel Padilla, who prosecutors say was shot by Rahimi, was in court along with fellow Linden officers.

Rahimi's public defenders have a policy of not commenting on cases.