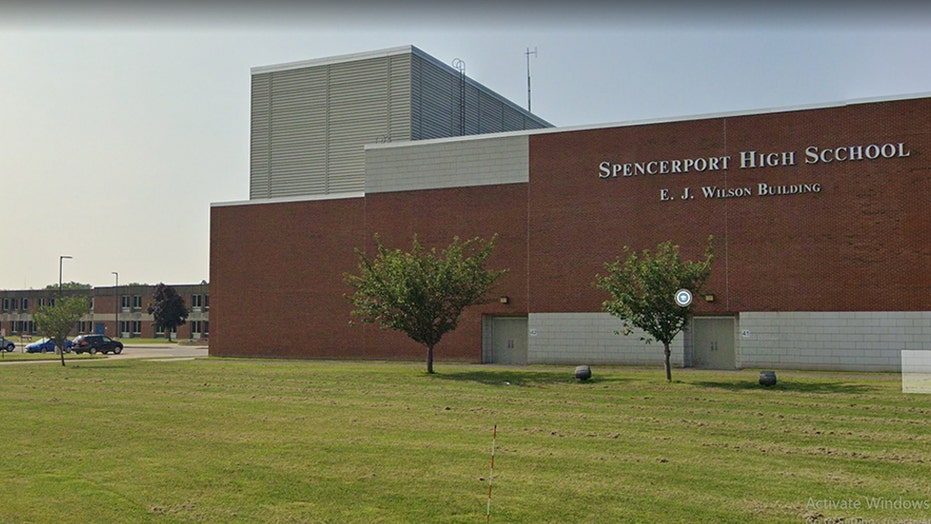 An assistant principal at a high school in upstate New York is coming under fire for a live Facebook video he posted Friday in which allegedly shouted “f--- the police!”

In the video, which made the rounds on social media Saturday, Steven Lysenko of Spencerport High School, goes on a tirade against police officers for targeting protesters in Rochester. The city has been rocked by nightly protests in reaction to recently released police body-camera footage of the March arrest of Daniel Prude, a Black man who died of asphyxiation a week later.

“We didn’t do anything but chant and sing,” Lysenko says in the video clip. “Our peacekeepers ended up shooting pepper spray at us for singing and chanting and telling them what a s----y-assed job they were doing. They can f--- right off America! F--- the police. F--- Rochester Police Department.”

He ends his diatribe with a comparatively calm, “thank you.”

The uproar caused by the video prompted the Spencerport Central School District to release a statement insisting that although the district supports “racial equality and systemic change,” it does not condone an employee using profane language on social media.

“This will be addressed as a confidential, personnel matter,” the district wrote in a statement.

Reactions online were mixed, with some calling him to be fired and others supporting the essence of his message.

“You should be fired. AND you should never be allowed to have anything to do with the education of our youth,” wrote one Twitter user in response to one of Lysenko’s tweets. “You are a disgrace!”

Yet as of Sunday afternoon, more than 3,500 people have signed a petition on change.org demanding that Lysenko keeps his job.

“(Lysenko) is setting a good example to the students at spencerport showing us to fight for what we believe in,” reads a post on the petition. “Swear words are just words and should not be a reason to be fired. We all hear swear words anyways so it is not a big deal.”

In a June 3 tweet he wrote: “To any students-past or present-who follow me here: know that when you post “#WhiteLivesMatter, you are condoning White Supremacy. I that I will not abide!”