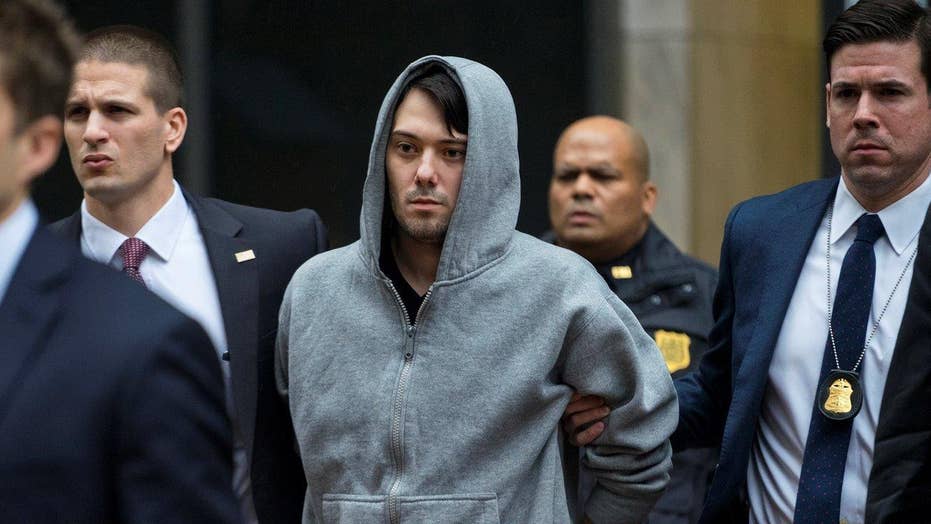 Martin Shkreli, the pharmaceutical executive arrested Thursday on charges of securities fraud related to a company he previously ran, has resigned as the head of one of the companies he now runs, Turing Pharmaceuticals.

He's being replaced on an interim basis by Ron Tilles, who has been chairman of Turing's board of directors since the company was founded late last year. In a statement Friday, Turing said that Tilles will continue to hold the board chairman position as well.

Tilles has worked at numerous private equity and venture capital firms in the pharmaceutical and medical device industries over the last two decades.

Shkreli, a 32-year-old former hedge fund manager, has become "the most hated man in America," according to some headline writers, for jacking up the price of the only approved drug for a life-saving parasitic infection by 5,000 percent after acquiring rights to it.

On Thursday, federal prosecutors said that between 2009 and 2014, Shkreli lost some of his hedge fund investors' money through bad trades, then looted Retrophin, a pharmaceutical company where he was CEO, for $11 million to pay back his disgruntled clients.

Shkreli, a flagrant self-promoter who recently said he should have hiked the price of anti-parasitic drug Daraprim even more, was paraded in handcuffs by the FBI after his arrest. He pleaded not guilty to charges of securities fraud and conspiracy, which carry a sentence of up to 20 years in prison if he's convicted. He was released on $5 million bail.

The news -- unrelated to his actions at Turing -- delighted patients, advocacy groups and average Joes who found his price-gouging despicable.

Turing has offices in New York and Zug, Switzerland.

Shkreli recently became the CEO of a second company, KaloBios Pharmaceuticals, Inc., based in South San Francisco, California. There's no word yet on whether he'll remain at the helm there.