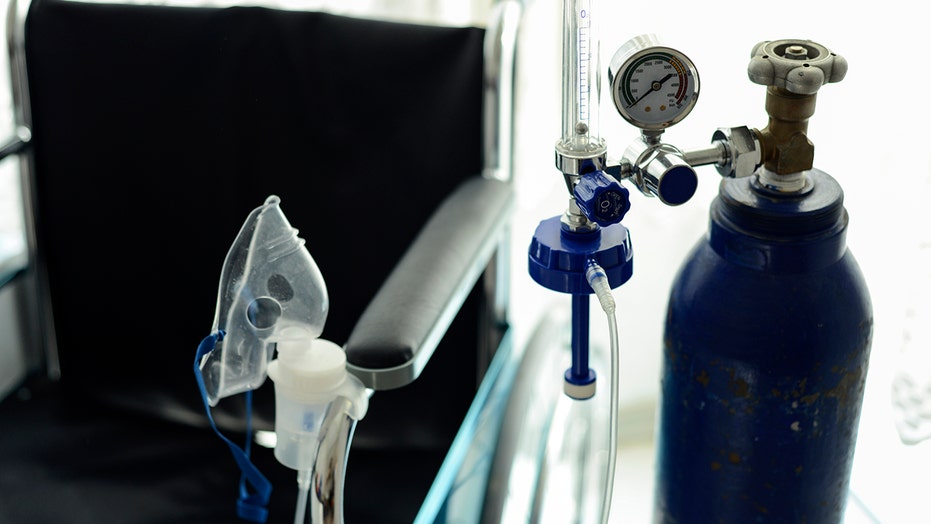 A North Carolina woman died Tuesday after her oxygen tank exploded — caused by an ignition from the cigarette she was smoking, investigators said.

Belinda Coble, 61, was being administered oxygen at her home in Zebulon, around 25 miles east of Raleigh, while she was smoking. The cigarette ignited the tank, sparking a small explosion and fire, according to officials.

Coble's husband was asleep in a separate room at the time of the incident, WNCN reported, citing the Nash County Sheriff's Office. The sounds of the explosion and the smoke alarm reportedly woke him up and he quickly extinguished the small fire.

Belinda Coble, 61, died at her North Carolina home on Tuesday while on oxygen, officials said. (iStock)

He called 911 and when emergency responders arrived at the scene, Coble was dead, the sheriff's office said.

Oxygen Concentrator Store, which supplies portable oxygen machines, wrote in a 2015 blog post that smoking while using an oxygen machine or being near one is dangerous, and urged people to avoid doing it.

"If a spark catches the oxygen and has a fuel source, it will ignite and spread extremely fast," the blog post read. "The 'fuel source' can be anything from a small patch of dry grass, a carpet, or your clothing or hair."

Experts advise to keep a 10-foot radius between the oxygen tank and people who are smoking, "or from campfires or other open flames."