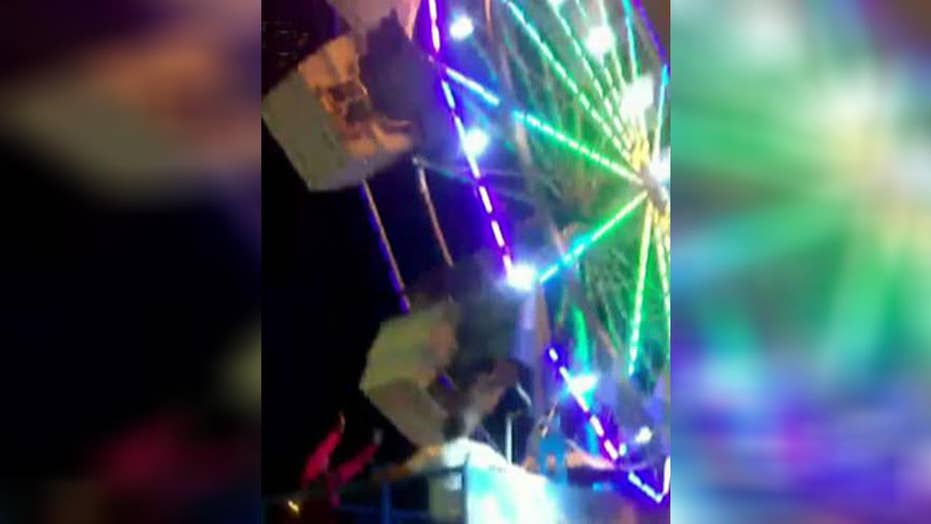 A fair worker who was trying to fix a broken Ferris wheel in North Carolina fell from the ride and suffered minor injuries Friday, officials said.

The incident happened as the worker was trying to stabilize the ride at the at the Central Carolina Fair at the Greensboro Coliseum, Public Relations Manager Andrew Brown told FOX 8.

Cellphone video showed the worker climbing up the Ferris wheel after one of the gondola cars began to tilt out of its normal position.

When the worker dislodged the car, he lost his balance and fell, banging his body on the ride.

The far said in a statement Saturday that the worker was taken to a hospital. He was later released and had a broken finger.

Two young boys were inside the stuck gondola car at the time of the incident, but neither were injured.

The ride was inspected by state officials and approved for future use. Nobody on the ride was hurt.