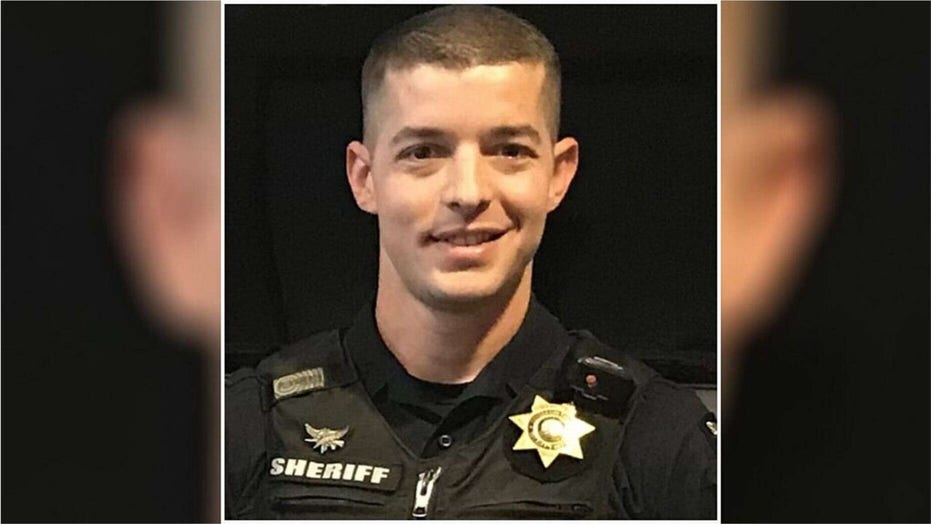 Henderson County Deputy Ryan Hendrix died Thursday afternoon, hours after he was shot while he and other deputies responded to a call about a vehicle break-in.

A vehicle break-in turned deadly as a suspect fatally shot a North Carolina deputy before other officers killed the suspect during an early morning encounter Thursday.

Henderson County Deputy Ryan Hendrix died Thursday afternoon, hours after he was shot while he and other deputies responded to a call about a vehicle break-in. Hendrix, 35, was a member of the SWAT team, a Marine veteran and father of a 9-year-old daughter and 6-year-old son, according to Blue Ridge Now.

“It is with a heavy heart the family of Henderson County Deputy Ryan Hendrix and Sheriff Lowell Griffin announce Ryan’s passing today at 12:57 p.m.,” a press release said. “Ryan’s family wants everyone to know that ‘Ryan was doing the job he was born to do and he died doing the job he loved.’”

Hendrix had been with the sheriff’s office since 2012 and was set to be married in October.

Griffin said a homeowner had noticed someone breaking into a car around 3 a.m. Thursday and yelled at the man, identified as Robert Ray Doss Jr., who then shattered a window with a crowbar. Doss Jr. and the homeowner then purportedly exchanged gunfire after the suspect took a gun from the vehicle.

The suspect reportedly complied with commands to show his hands before shooting Hendrix in the face. Griffin said two other deputies returned fire, killing Doss Jr.

Hendrix was rushed to Mission Hospital, but later died.

“We are all a family. This, this office, this sheriff’s office, the people here, they are, they’re one big family. So, this is a family member that has been critically injured. And, we’re all hurting right now,” said Sheriff Lowell Griffin. “Ryan has been here since 2012, so he’s an 8-year veteran of the department, of the office. And he has done an outstanding job in every aspect that he served in.”

At the time of the shooting, Doss Jr was wanted by authorities in South Carolina for a parole violation. His record included offenses for drugs, multiple larcenies and felony thefts, WSOC TV reported.

The State Bureau of Investigation and the sheriff’s office are investigating.