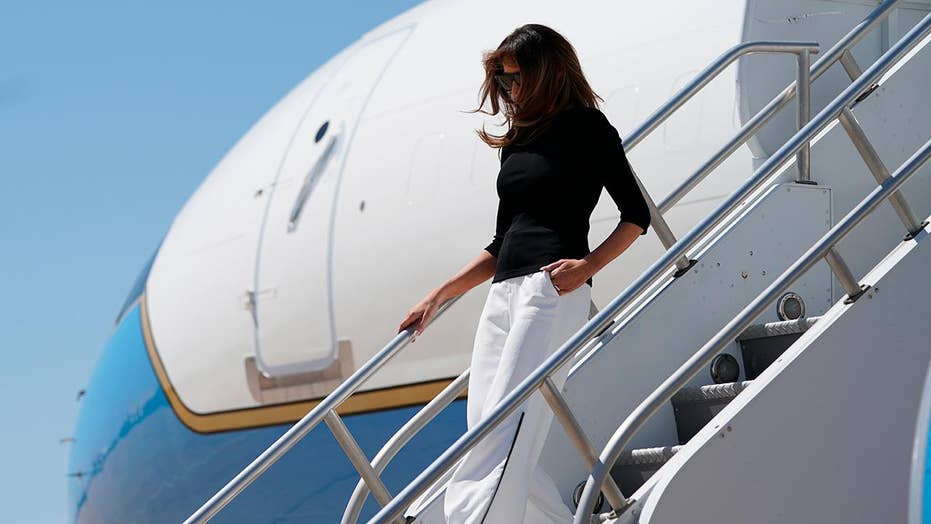 More questions are being raised about a nonprofit group at the center of the national debate about shelters for migrant children, including charges that the organization and individual family members who run it are profiteering from a crisis that's costing taxpayers hundreds of millions of dollars a year.

Among the more pressing questions is how the Austin, Texas-based nonprofit, Southwest Key, went from a $31-million-a-year government contractor in 2008 to a $458 million one in 2018.

Critics and immigration activists are also asking how Juan Sanchez, the CEO, can justify not just a $1.5 million salary for himself, but another $280,000 for his wife, Jennifer, as well as a high-ranking position for yet another family member.

Xiomara Goss, Sanchez’s daughter, joined the organization in February as the director of development, according to her LinkedIn profile. It’s not clear how much she earns, because she has not been with the company long enough to be included in the required public records filing for nonprofits.

It’s also not clear what association Goss still has with Pearl Street Concierge, a company that bills itself as “the relocation experts of Austin.”

Goss’ LinkedIn page lists her as the founder of the company, and shows her working there from May 2015 to February 2018. Before founding the company, Goss worked as a “personal style consultant” for a custom clothier, according to her page.

More attention is being focused on the huge amounts of money Southwest Key has collected in federal government contracts. The $459 million it won for 2018 was some $173 million more than the previous year’s total of $285 million.

Sanchez’s compensation rose right along with the massive increase in contracts, according to records. His 2016 salary was nearly $1.5 million, nearly twice the previous year’s salary of $782,822. Meanwhile, Sanchez’s wife, Jennifer, vice president of Southwest Key, received about $280,000 in 2015.

Yet more money may be coming in to the group, which houses migrant kids at 26 shelters in Texas, California and Arizona. Southwest Key is pursuing Texas state permission to open a new shelter in Houston that would house up to 240 children. The children will be a mix of those who arrived unaccompanied from Central America at the border, and others who were separated from their parents when they tried to illegally enter the U.S.

Southwest’s contracts and its involvement in the housing of immigrant children have drawn the ire of activist groups who accuse it of cashing in on the misery of the immigration crisis, and in particular being complicit in the warehousing of children. Several dozen protestors staged a demonstration outside Sanchez’s Austin home on Thursday, carrying signs and chanting: “Hey Juan Sanchez, what do you say? How many kids did you jail today?” according to local news reports.

"We respect the right of people to express their opinions," said Southwest Key Programs spokesman Jeff Eller to Fox News on Friday. "We hope they will take the time to fully understand what we do and how we do it and we welcome that discussion."

Asked about the dramatic year-to-year increases in money received from federal contracts, Eller declined comment, saying he was not in a position to discuss financial details. But he expressed exasperation over the portrayal of Southwest Key and its executives as greedy and opportunistic, saying the non-profit is stepping into a difficult situation as it guards the welfare of the children.

Southwest Key has changed its language about its mission and facilities for migrant children, apparently in an effort to soften its image and respond to the backlash. It has pushed back on descriptions of the shelters as detention centers. And its officials have repeatedly told reporters the facilities are children’s shelters - more recently referred to as child care centers.

Eller insisted said Sanchez is not driven by greed. “He founded the non-profit 30 years ago, for kids who don’t have opportunities.”

With children coming in huge numbers to the border, Eller said, Southwest Key stepped in to do what it does best – provide a multi-faceted setting for kids while they are not able to be in a home. “They look back and say ‘If we turn away 5,000-plus kids, would someone take as good care of them as we do? We can’t say they will, so we have to continue doing what we’re doing.”

After being off-limits to reporters for a few days, Sanchez himself has reappeared in recent days, giving interviews to select news outlets and writing an editorial for the Dallas Morning News defending his work.

"Over the past few weeks, Southwest Key's reputation has been assaulted by a tidal wave of misinformation regarding a new Department of Homeland Security policy of separating immigrant children from their parents at the border," Sanchez wrote. "We are being lumped in with detention centers and confused with those separating children from their families. This couldn't be further from the truth."

"And yet, in the face of these misrepresentations, we continue to operate with unwavering dedication to children," Sanchez said. "Safe reunification, as it has always been, remains our focus. Providing safe, loving, caring protection for children is our day-to-day."

As for how he has profited personally from Southwest Key's expanded role in housing immigrant kids in the custody of the U.S. government, Sanchez said last week to the American Statesman: “We bring in $450 million, and I have 7,000 employees to manage, and we’re in eight states in the country, and we have been doing this for 30 years. I think the salary’s justifiable.”