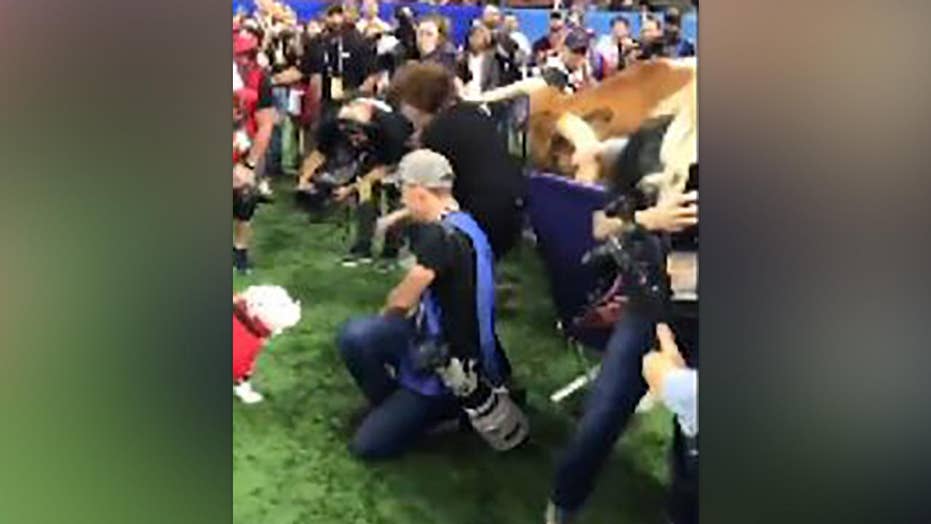 The University of Texas has no plans to enhance safety measures after its mascot, Bevo XV, a longhorn steer, charged through a makeshift corral during Tuesday’s Sugar Bowl pregame activities, clipping two photographers and sending onlookers scrambling out of the way, school officials told The Austin-American Statesman.

A video of the incident shows Bevo charging at the University of Georgia’s mascot, an English bulldog named Uga, during a pregame picture.

Statesman photographer Nick Wagner had been taking pictures before he was clipped. He said Bevo’s “right horn came around and clocked me in the face along the cheekbone.”

Angela Wang, a photographer for UT’s The Daily Texan, was seen in a video ducking just before Bevo’s right horn barely grazes her head.

UT officials insisted “[a]ll of the established safety measures for Bevo at home and away football games were in place at the Sugar Bowl last night,” adding: “The handlers that are with him at all times are well-educated, trained and did their job.”