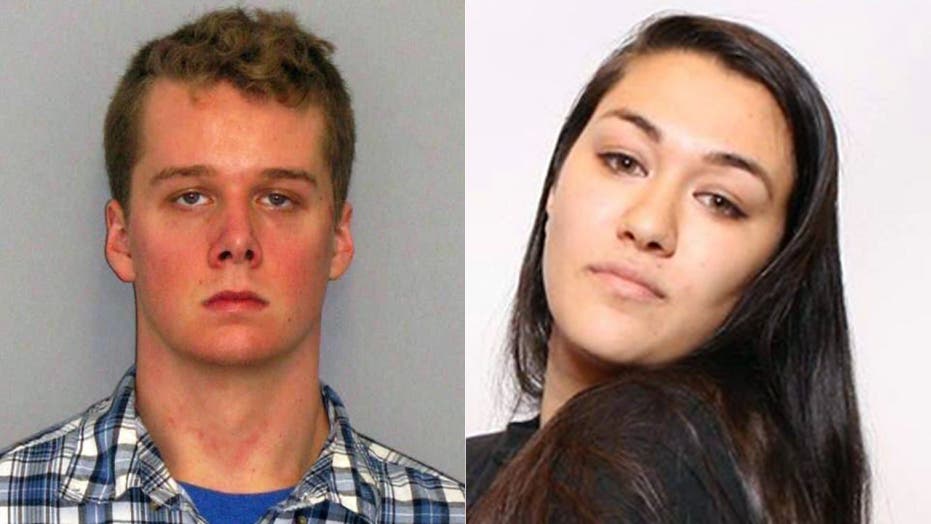 A New Jersey man who was convicted of strangling a former high school classmate before throwing her body off a bridge wants a new trial because of a juror who was dismissed for writing "LMAO" about the case on Facebook.

Liam McAtasney, 21, was convicted of the December 2016 murder of 19-year-old Sarah Stern in Neptune City, N.J., as well as robbery, desecration of human remains, conspiracy to desecrate human remains and hindering apprehension.

In February, McAtasney was found guilty. Jurors had asked to review a secretly recorded conversation in which the 21-year-old spoke about Stern's death.

Prosecutors alleged he strangled Stern, then dumped her body off a bridge, staging the scene to make it look as though she killed herself. McAtasney worked with Preston Taylor, also a former classmate, to try to steal what they believed was $100,000 in a house owned by Stern's family.

Shortly before McAtasney was found guilty in February, it was discovered a juror wrote a comment on Facebook about being part of the jury.

"Sitting on the jury LMAO," the 21-year-old juror commented on a news article about the case, referring to "laughing my a-- off." The juror, identified as Emily Allen, claimed that it was her 15-year-old sister who posted the comment.

McAtasney's sentencing — which was scheduled for May 24 — has been postponed because of his request for a new trial, according to the Asbury Park Press.

The defense attorney for Liam McAtasney filed a motion for a new trial after the 21-year-old was found guilty of murdering his childhood friend, Sarah Stern. (Patti Sapone/NJ Advance Media via AP, Pool)

Carlos Diaz-Cobo, McAtasney's defense attorney, argued that the juror defied orders to stay off social media, and a mistrial should have been declared.

“To believe that this excused juror’s sister posted the comment belies reality," he wrote in the motion.

After she allegedly posted the comment to Facebook, Allen reportedly contacted a fellow juror about why she was removed from the trial — another reason Diaz-Cobo cites as a reason for a new trial.