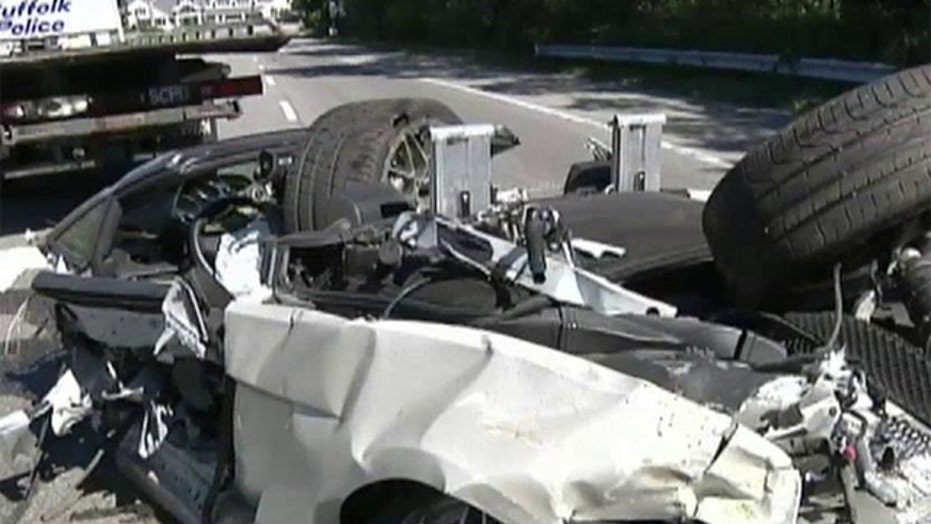 A New York teen taking a test drive of a family friend's Lamborghini has died after crashing the high-powered sports car into a guardrail.

Police say 18-year-old Samuel Shepard was taking the car for a spin on a county road in Mount Sinai on Long Island early Friday when he lost control. The car's owner, Michael Power, was a passenger in the car and was treated for nonlife-threatening injuries.

Det. Sgt. Michael Fitzharris told Newsday that excessive speed is believed to be a factor in the crash. Police told the paper that the two were heading back to a parking lot.

Of the test drive, Fitzharris said, "I think it was probably just a once-in-a-lifetime opportunity for the kid, and this man chose to give him this opportunity."

Shepard's father, Gene, tells the newspaper that Lamborghinis were his son's favorite car.

The report said Shepard had recently graduated from high school and hoped to serve in the Army for a few years and become a police officer.

"He knew exactly what he was going to do," his father told the paper.