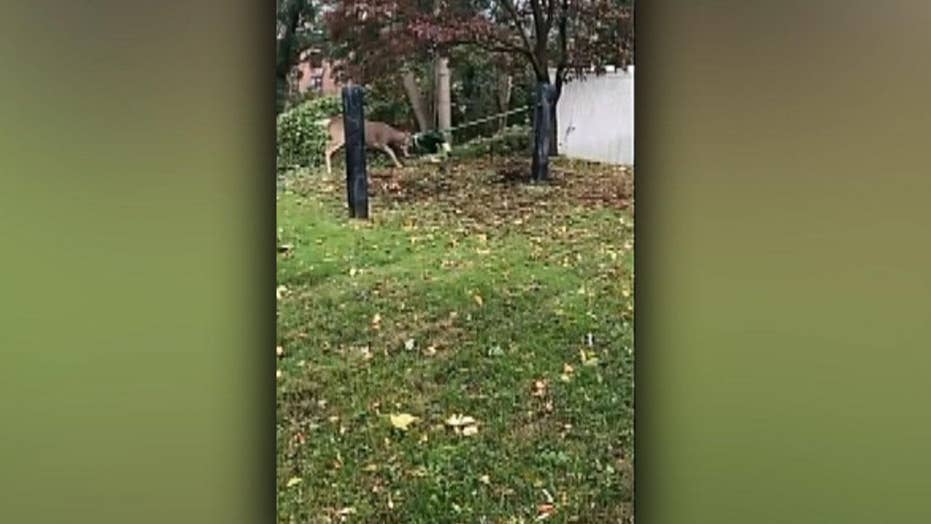 A buck was freed from a tangled mess when two New York police officers came to the rescue Monday morning.

Officers Matt Donaldson and Dave MacDonald, of the Yonkers Police Department, helped to untangle the buck who was caught in a "makeshift hammock" outside of a home in Yonkers, roughly 15 miles north of Manhattan.

A video tweeted by the department showed the buck panicking with its antlers and head entwined in the hammock, which could be seen attached to a tree.

One of the officers tranquilized the deer, and is later seen cutting off the entanglement. The video ends with the buck running off into the trees.