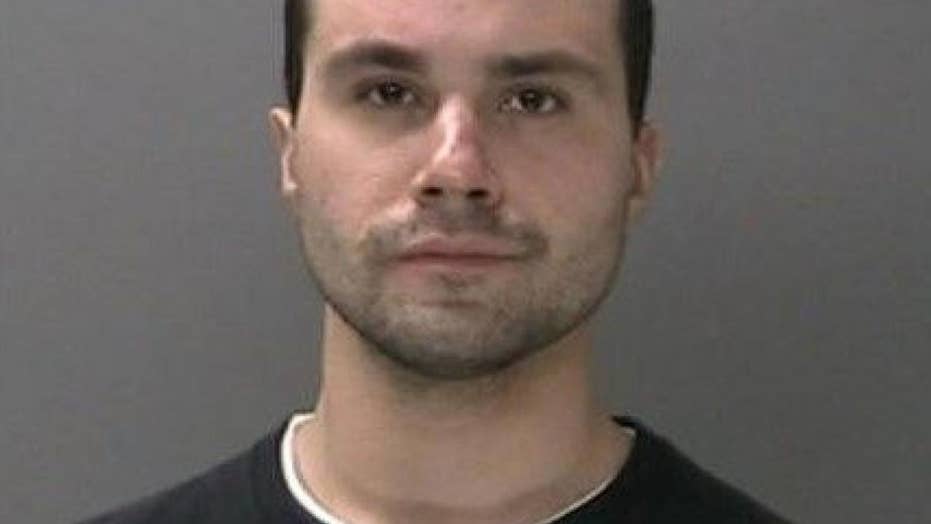 A New York man gouged his 78-year-old grandmother’s eyes out during a fight, according to officials.

A New York man left his grandmother blind when he gouged out the 78-year-old's eyes last month during a fight about an overdraft on her debit card, officials said Wednesday.

Michael Grief, 30, was arrested and charged with three counts of violent assault following the Feb. 19 incident at his home in Sayville.

Grief and his grandmother, Sheila Grief, got into an argument after the 30-year-old overdrew her debit card by $1,000, ABC7NY reported. The grandmother attempted to get help from a neighbor when the fight escalated.

"There, Mr. Grief, using his thumbs, gouged his grandmother's eyes one at a time with such force that the globes of her eyes ruptured, both of them,” Suffolk County District Attorney Timothy Sini said. “The neighbors who heard the victim screaming and banging on the door came outside, found her on the ground and called the police.”

"He seemed apathetic toward the situation, this is an individual who we consider dangerous and we have to take all appropriate action," Suffolk County District Attorney Timothy Sini said in a news conference, according to ABC7NY.

Grief shrugged and responded, “so,” when officials told him what he had done to his grandmother, prosecutors said.

The 78-year-old woman was taken to the hospital where doctors operated on her for eight hours. She will most likely never regain her vision, officials said.

Grief has a history of mental illness and was admitted for care when he was younger. He has no other criminal history, authorities said.