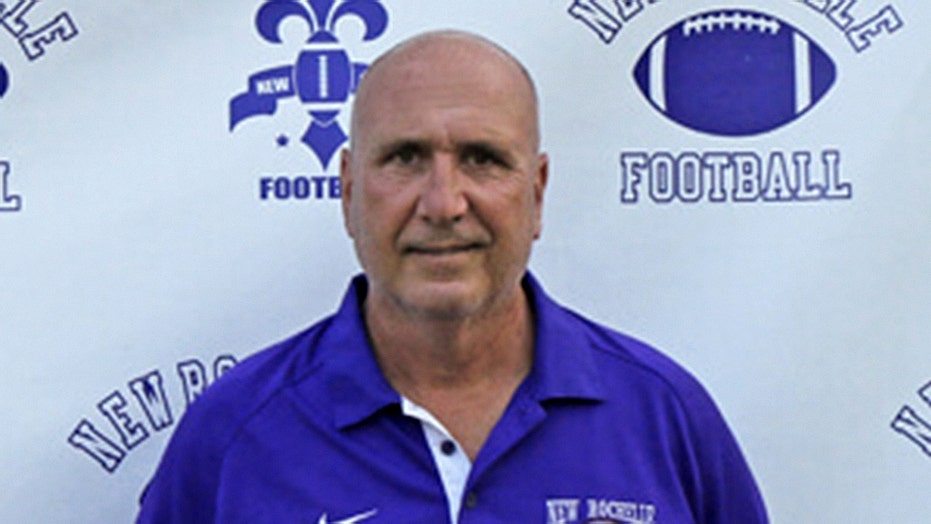 A school superintendent has come under fire for suspending the legendary coach of New York State’s No. 2-ranked high school football team ahead of a big playoff game this weekend.

Laura Feijoo, the head of public schools in New Rochelle outside New York City, announced the suspension of Lou DiRienzo this week.

DiRienzo coaches the undefeated New Rochelle High School Huguenots, who are competing for a state championship and play a rival high school Saturday in the first playoff round, WCBS-TV reported.

Parents supporting the coach called on Feijoo to resign at a raucous meeting on Thursday. She has been on the job just two weeks, the station reported.

Those at the meeting included Ray Rice, who played for “Coach D” before he played for the Baltimore Ravens and then was suspended by the NFL after video emerged showing him hitting his fiancé with a punch in an elevator that knocked her out.

“You're painting this guy and when the details come out you will see that it didn’t warrant this kind of attention,” Rice told the station.

The station reported that DiRienzo was suspended for allegedly interfering in a disciplinary matter involving a student at New Rochelle High School who was a distant relative. He was also suspended from teaching.

"I won't talk about necessarily what happened before but I think when you're in a circumstance where you're reassigning someone, that's a significant piece of information that should be shared with the community," Feijoo told Fox 5 New York. "And just the reassignment makes it serious."

DiRienzo has coached the Huguenots for 28 years and has led them to two state championships. He is a member of the Westchester County Sports Hall of Fame.