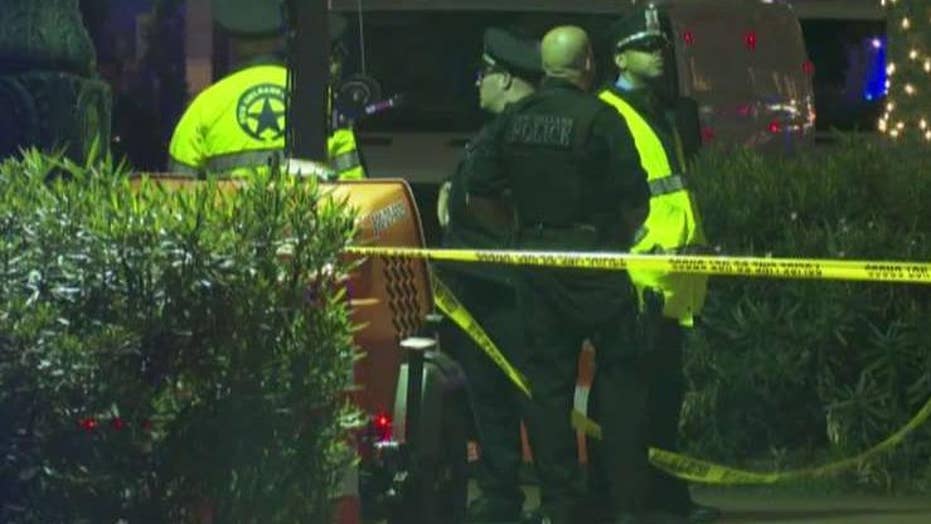 The shooting unfolded around 3:21 a.m., when officers with the New Orleans Police Department heard gunfire. When they arrived at the scene, the 700 block of Canal Street, they "discovered multiple individuals had been struck by gunfire."

Nearly a dozen people were shot — two of whom were in critical condition, authorities said in a news release. Of those hit, 10 people were transported to nearby hospitals. Police initially said said an 11th person walked to a local hospital for treatment, but later said "the total number of victims in this incident is, in fact, 10."

Investigators said someone was "detained near the scene," but noted "their possible involvement in this incident remains under investigation." No one has been arrested.

One employee of a nearby CVS told The Times-Picayune/The New Orleans Advocate they "heard three rounds, and people started running."

Police Superintendent Shaun Ferguson described the shooting as "a cowardly and senseless act that we cannot and will not tolerate."

"For a fourth straight year, New Orleans continues to see significant reductions in violent crime. Mayor Cantrell, myself and all of City leadership remain steadfast and committed to continuing that trend," he said. "We will not let the acts of a few deter us."

Ferguson continued: "While this investigation is in the very beginning stages, one thing is certain — we will not stop until we identify and arrest those responsible."

Anyone with information on the shooting is urged to contact the police department's Eighth District detectives at 504-658-6080 or Crimestoppers at 504-822-1111.