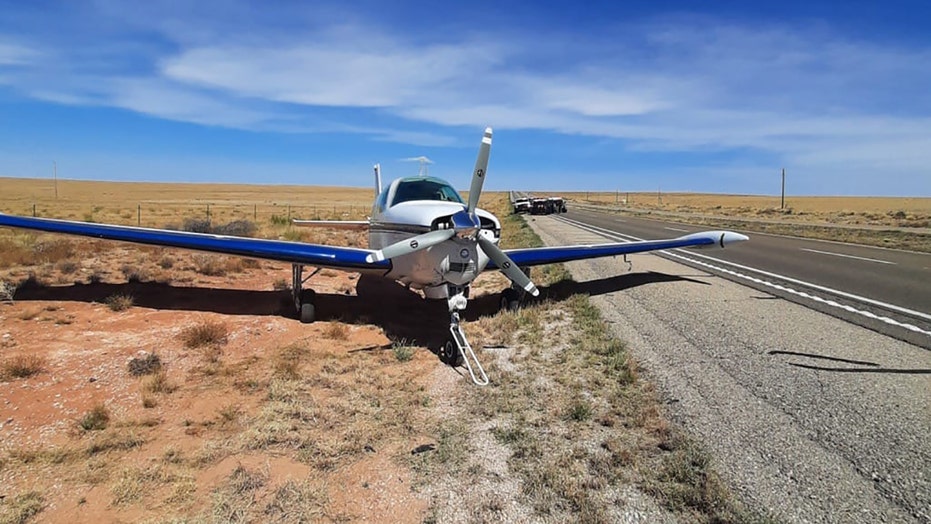 Deputies responded to the area and shut down all traffic to allow the aircraft to land. The small plane landed without issue and all occupants were safe, according to the sheriff.

All occupants inside the single engine plane were safe, the sheriff said. (Chaves County Sheriff’s Office )

Herrington said the plane appeared to have damaged one of its wings. However, it was unclear what caused the pilot to initiate the emergency landing.

The Federal Aviation Administration was notified and will investigate.

Traffic along the highway was later reopened to two lanes.