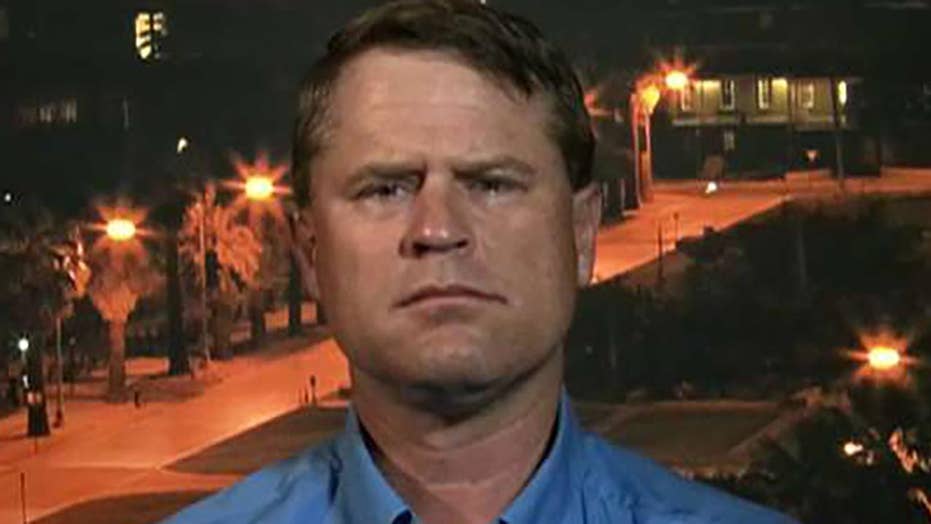 A New Mexico county on Wednesday declared a state of emergency over an influx of immigrants crossing the border in recent months and asked the governor to send in the National Guard for protection, according to a report.

Grisham’s predecessor, Gov. Susana Martinez, deployed 200 National Guard troops to New Mexico’s border with Mexico in April 2018. But Grisham removed the guardsmen from the border ahead of President Trump’s State of the Union, in a rejection of “the federal contention that there exists an overwhelming national security crisis at the southern border, along which are some of the safest communities in the country.”

Otero County Commissioners have threatened legal action if their demands were not met in one week.

“If this demand is not met by the State of New Mexico in one week’s time, the County of Otero will take action itself to provide security and safety and well-being for the people in this county,” Otero County Commission Chairman Couy Griffin said.

The county’s board of commissioners voted unanimously on the declaration. In response, Grisham’s office said the “National Guard does not and would not operate federal checkpoints,” and instead directed Otero County officials to the Department of Homeland Security and Emergency Management for assistance.