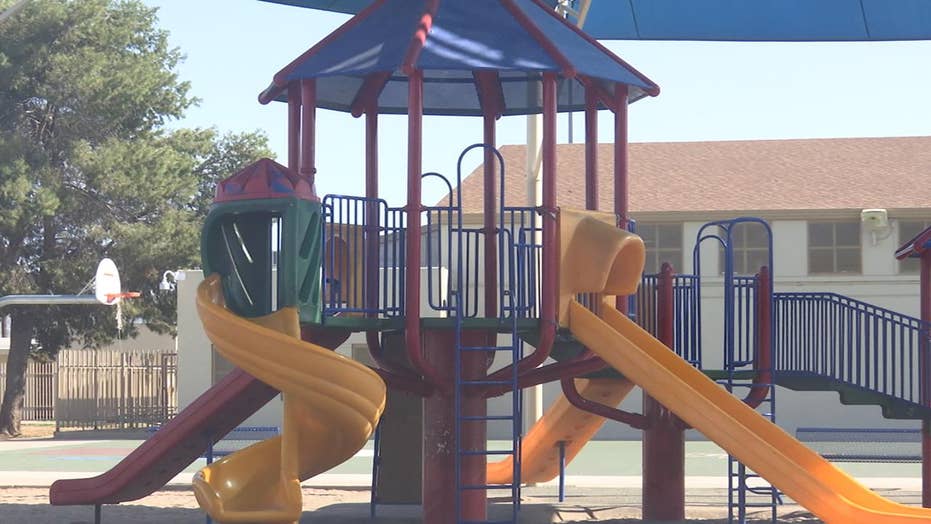 Research shows benefit in the classroom for students who participate in physical activity. But an education non-profit doesn’t want the state interfering with local school decisions.

PHOENIX – The bell rings, class is over, and you can hear the footsteps scampering to the playground -- every child hoping to be first on the monkey bars or call dibs on the swing set.

This is what most kids look forward to in the school day – recess – and in Arizona, they’ll soon be seeing more of it. A new law requires every public and charter elementary school in the state to have two recess periods for students each school day.

The law defines recesss as a “period time during the regular school day, including time before or after a scheduled lunch period, during which a pupil is able to engage in physical activity or social interaction with other pupils.”

According to a 2016 Shape of the Nation report, Arizona is just one of two states in the U.S. that have a similar law requiring two forms of physical activity in a school day; only eight states require elementary schools to provide daily recess at all.

Republican State Sen. Sylvia Allen, of Arizona’s 6th Congressional District, sponsored the bill, which had bipartisan support. It passed the House 57-1, and the Senate 27-3.

“There (was) about, maybe a third of our schools in Arizona that were not doing recess,” Senator Allen said. “A recess coalition of very concerned citizens — Christine Davis and Scott Turner -- are two individuals that came to see me. They had been trying to work with school districts that were not providing recess and they weren’t getting anywhere. As I thought about it, I thought, 'Well goodness, these kids need a break.' ”

Allen said the bill doesn’t mention how long the recess should be or when to do it in the school day, wanting to leave that up to each charter and public school district.

“We’re very careful here not to try to mandate a lot of different things but this is a no-brainer,” Allen said. “After all, adults get breaks at work, right? It’s because they’ve learned that people need a break to get up, move around, to be able to come back and they do better. So, same with children.”

“Recess has been associated with better student classroom behavior, better focus, and less fidgeting" according to the 2016 Shape of the Nation Report (Fox News)

Research backs this. According to the 2016 Shape of the Nation report:

“Recess has been associated with better student classroom behavior, better focus and less fidgeting. … A growing body of evidence suggests a relationship between physical activity and the structure and functioning of the brain. Time spent in physical activity is related to enriched cognitive development and lifelong brain health. In the school setting, active and fit children consistently outperform more inactive, unfit counterparts academically in both the short and the long term. Children who are more active demonstrate higher scholastic achievement, better classroom behavior, greater ability to focus, and less absenteeism compared to their unfit peers.”

Hans Van Der Mars is an Arizona State University physical education professor who has conducted research on physical education teaching and learning in different kinds of settings. He thinks getting this bill passed is a positive step for school districts and said evidence shows increased physical activity doesn’t impede academic performance -- in some cases, it may enhance academic achievement.

On the other hand, Mark Joraanstad, Arizona School Administrators executive director, is against this new law. While not necessarily disagreeing with the concept of having more recess and the benefit it could potentially provide for students, he is adamantly against having the state mandate this.

“We feel that our local districts are the ones best able to make strategic decisions as to how to appropriate the time in the school day to best enhance student success,” Mark Joraanstad, Arizona School Administrators executive director, said. (Fox News)

“We feel that our local districts are the ones best able to make strategic decisions as to how to appropriate the time in the school day to best enhance student success,” Joraanstad said. He went on to say, “I think we’re best to stay away from the state level making curriculum decisions, making instructional day decisions that one-size-fits-all. For example, Globe Unified has different needs than Chandler Unified. They have different needs than Kingman Unified. They have different needs than the basis charter school. So, to lump all the schools together and say one-size-fits-all, we feel is not an appropriate way to govern schools.”

Jen Wirt, a parent and teacher who’s a part of Arizona’s #RedforEd movement, thinks the state government should be focusing on other issues, such as funding.

Other parents are all for the new law.

“I actually think that more recess would probably be more beneficial so…they’re not stressed out in school,” Amanda Clinton, a parent of a child in Glendale’s school district, said. Clinton said even though more recess will take time from children “focusing in the class” at the same time “we’re also expecting them to be in the school from ‘x’ amount of time to ‘x’ amount of time, which I think can sometimes be a bit much for a child, especially in the lower grades.”

"To lump all the schools together and say one-size-fits-all, we feel is not an appropriate way to govern schools”

— Mark Joraanstad, Arizona School Administrators executive director, who is against this new law

“Anything we can do to create environments where kids can be physically active, and of course have good nutrition, that can only benefit them currently, in the here and now, and also later on,"  he said. "Schools are a perfect venue for this."

The professor said that in Finland, recess is provided every 45 minutes for 15 minutes. They see “free play as a critically important component of the education of the whole child.”

The new recess law in Arizona will apply to kindergarten through third grade this year, and fourth through fifth grade starting in 2019.