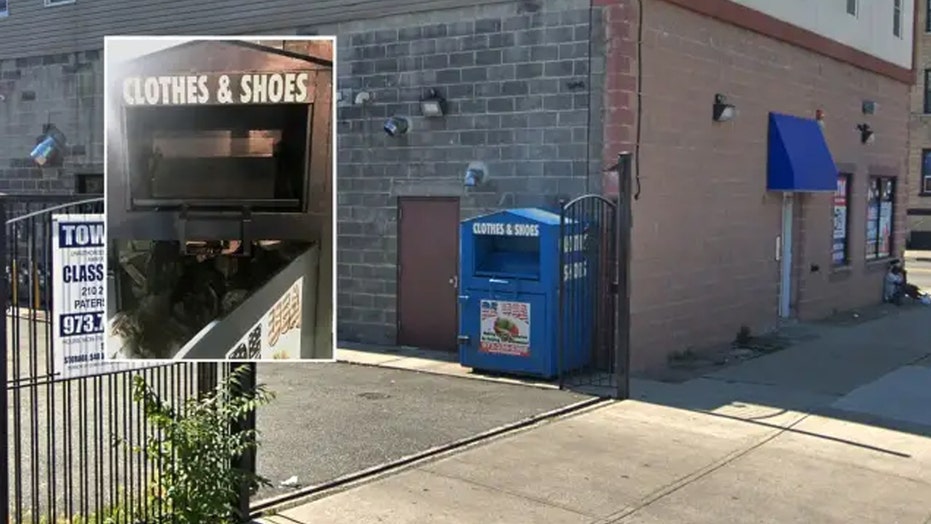 A New Jersey woman rescued from a clothing donation bin on Monday claimed she was trapped inside for nearly three days, authorities said.

The unnamed 38-year-old said she was reaching into a bin behind an apartment building in Paterson on Friday night when someone pushed her, causing her to tumble inside, Paterson police officials said.

But Paterson Police Director Jerry Speziale told the South Passaic Daily Voice that the woman’s story of how she fell inside may be unlikely.

The rescue marked the third time in two years that the apparently homeless woman needed to be saved from inside a clothing donation box, according to Speziale.

GUARDIAN ANGELS: THE MOST BIZARRE AND AMAZING RESCUES OF 2019 IN PICTURES AND VIDEO

Police said the woman was rescued Monday after a passerby heard her screams around 11:30 a.m. and dialed 911.

The woman was freed and taken to St. Joseph’s Regional Medical Center after appearing to have frostbite, Speziale said.

Paterson is located about 20 miles outside New York City.