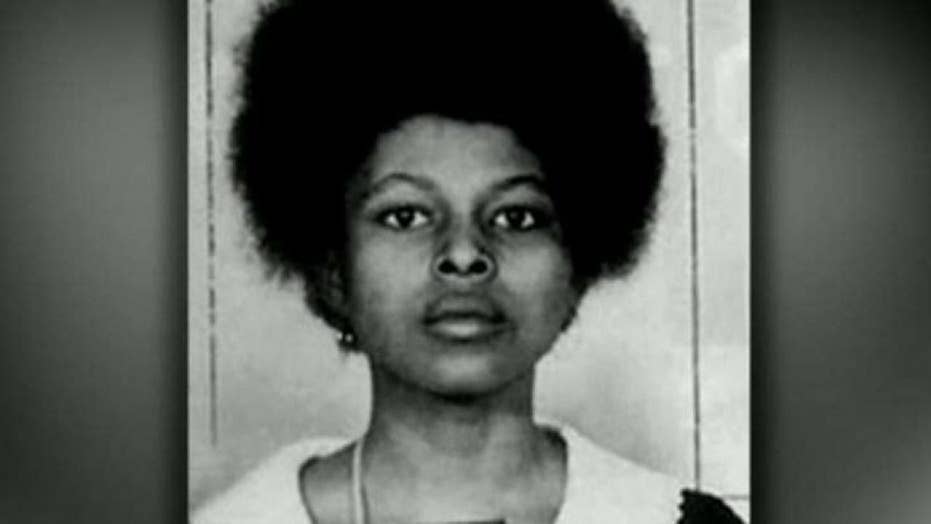 JetBlue was forced to apologize after honoring convicted cop-killer Assata Shakur as part of Black History Month at a JFK airport terminal in New York.

The New Jersey Supreme Court on Tuesday ruled that Sundiata Acoli, a former Black Panther convicted in the 1973 slaying of New Jersey State Trooper Werner Foerster, may be released on parole after spending nearly 50 years in prison.

New Jersey's high court ruled that the state's parole board unlawfully denied Acoli's petition for release in 2010 when they stated that he would pose a threat to public safety if granted parole.

"Even under the most deferential standard of review, the Board has failed to prove by a preponderance of the evidence that there is a substantial likelihood that, if released on parole, Acoli will commit a crime. Acoli must be released because the statutory standards for granting parole have been met, without regard to extraneous factors like sympathy or passion or public opinion," civil rights attorney Soffiyah Elijah, one of Acoli's primary advocates, said in a Tuesday statement.

COP KILLER MIGHT BE RELEASED DESPITE PAROLE BOARD CONCERNS

Elijah continued: "We applaud the New Jersey Supreme Court in granting Mr. Acoli’s freedom and correcting the parole board’s improper application of the law by denying his petition for release after serving more than 49 years in prison. It’s time now for Mr. Acoli to live the rest of his life in the loving care of his family and community."

On May 2, 1973, coli was driving with fellow Black Liberation Army members Chesimard and James Costan — all three of whom were armed with handguns — when New Jersey State Trooper James Harper stopped their vehicle for a broken taillight on the New Jersey Turnpike. Acoli first exited the vehicle to speak with Harper when Foerster arrived at the scene, according to court documents.

Joanne Chesimard is New Jersey's most wanted fugitive. Convicted of killing a state trooper, she fled to Cuba in 1979. (getty images)

Foerster frisked Acoli and uncovered his pistol and ammunition. During that interaction, Chesimard shot Harper in the shoulder, and a shootout ensued between Harper, Chesimard and Costand. Meanwhile, Acoli attempted to take Foerster's gun. Acoli claims Harper fired at him then, grazing the top of his head and causing him to pass out. Upon regaining consciousness Acoli says he saw Foerster’s lifeless body on the ground and fled with Costan and Chesimard.

Foerster was survived by his wife and son, who was 3 years old at the time.

A jury found Acoli guilty on all charges in 1974.

New Jersey State Police Superintendent Colonel Patrick Callahan said Foerster's widow is "as devastated and disappointed by this decision" as he is.

JoAnn Chesimard, aka Assata Shakur, holding the manuscript of her autobiography with Old Havana, Cuba, in the background on October 7, 1987.  (Ozier Muhammad/Newsday RM)

"Acoli’s release is not only an injustice for the Foerster family and the men and women who serve within the New Jersey State Police, but to every law enforcement officer in this country who dedicates their lives for the safety of the citizens we are sworn to protect," Callahan said. "Last Monday, 49 years ago to the day, Trooper Foerster was not given a second chance when he was murdered on the New Jersey Turnpike, leaving behind a widow and 3-year-old son. Under today’s law, Acoli would be in prison for life without the possibility of parole."

Callahan added that while no one can change the laws that were in place when the 1973 incident occurred, he "was hopeful that understanding the risks law enforcement officers face on a daily basis would have helped to keep Acoli in prison for the remainder of his life." New Jersey Gov. Christine Todd Whitman signed a law in 1996 ensuring that anyone convicted of killing an officer on duty would be sentenced to life without the possibility of parole.

"We appreciate and thank his thousands of supporters from the attorneys, individuals, and community organizations to those who submitted amicus briefs on his behalf to champion his freedom; freedom that is rightfully his. We strongly hope that Mr. Acoli’s freedom will bring attention to the thousands of elders like him trapped in the New Jersey prison system," Elijah concluded.

New Jersey. Gov. Phil Murphy said he is "disappointed" about Acoli's release in a Tuesday statement.

"I am deeply disappointed that Sundiata Acoli, a man who murdered Trooper Werner Foerster in 1973, will be released from prison. Our men and women in uniform are heroes, and anyone who would take the life of an officer on duty should remain behind bars until the end of their life," he tweeted.