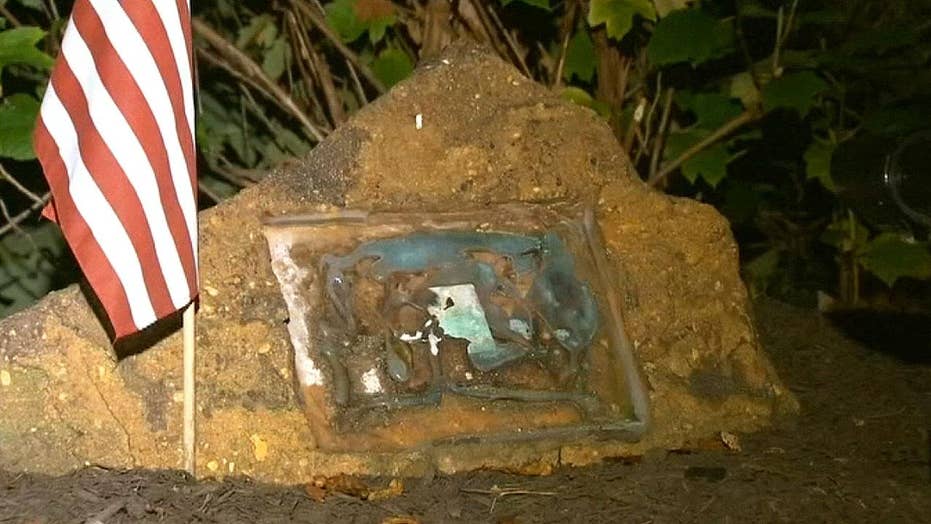 Three bronze plaques honoring the victims of Sept. 11 have been stolen from a memorial in New Jersey, just weeks after the world marked 18 years since the terror attacks, investigators said.

The plaques were stolen between Wednesday and Thursday from the Monmouth County memorial at Mount Mitchill Scenic Overlook in Atlantic Highlands, police said.

“This is a place where people especially families come here to remember their loved ones,” Sierra Ortiz told Fox 5 New York. “It’s disgusting that someone would actually do that.”

TUNNEL TO TOWERS RUN HONORS FALLEN FDNY FIREFIGHTERS, US TROOPS WHO HAVE DIED SINCE 9/11

Each plaque detailed events in a three-hour time span that unfolded on the morning of September 11, 2001, according to the Monmouth County Parks website. Each plaque was set in a rock lining a walkway that led to a statue of an eagle overlooking the New York skyline.

“I constantly walk up that path and read what happened on that day and it’s just unbelievable that someone would take it away,” Cindy Sullivan told the outlet.

The memorial also honored the 147 Monmouth County residents who died in the attacks, according to the park's website. Their names were carved in stone set beneath the eagle sculpture, which held a beam from one of the towers.

Police have offered a $5,000 reward for information leading to an arrest.