A public library in New Jersey has postponed a public reading of the alphabet book "P is for Palestine," after some members of the town's Jewish community claimed the book introduces youngsters to violence and anti-Semitism.

Some library patrons in Highland Park -- a community of about 14,000 residents, about 36 miles from New York City -- want the book removed from the library, while others say the critics are being racist toward Palestinians and support the book on First Amendment grounds.

"It's a symbol. It says that it's OK to have books that teach little children to hate," Rabbi Bernhard Rosenberg told New York's WABC-TV.

The library's board of trustees plans a public meeting June 5 to consider rescheduling the public reading, which had been planned for Sunday and was to feature an appearance by the book's author, Golbarg Bashi, an Iranian-American whose past works also have stirred emotions, New York's WABC-TV reported.

The board meeting, which was initially scheduled for Monday, was pushed back until next month as the library searches for a venue to accommodate an expected large turnout, the library said on its website.

Critics specifically took issue with a page that says “I” is for “Intifada.”

The Highland Park Public Library in New Jersey has postponed a public reading of the book "P is for Palestine," after members of the town's Jewish community claim it introduces violence and antisemitism to children. (drbashi.com)

"Intifada" is a term used to describe two separate uprisings, from 1987 to 1993 and again in 2000, when Palestinians in the West Bank and Gaza Strip attempted to end Israel’s occupation in those territories and create an independent Palestinian state, according to the Encyclopedia Britannica. Thousands of people from both sides died in the uprisings.

Author Bashi, however, claims the word “Intifada” means “resistance,” and her book is for “children who basically have no books written about them in English in this country."

Bashi is also a professor of Middle East studies at Rutgers University in New Jersey. But some in Highland Park object to hosting her event in their community. 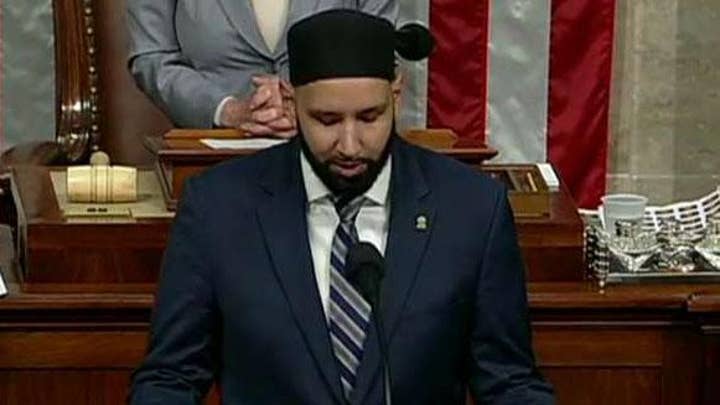 “The idea of this person visiting our community - and being accepted - makes me feel unsafe,” Lindsay Erin, a Highland Park resident, told NJ.com. “I is for Intifada - encouraging children to rise up any way they see fit to resist. Far from peaceful and far from appropriate.”

In a Facebook post on Thursday, the central New Jersey chapter of Jewish Voice for Peace revealed that it was behind the event. The group says it advocates against “anti-Jewish, anti-Muslim, & anti-Arab bigotry and oppression” in U.S. foreign policy.

“Our event, meant to promote tolerance, was canceled due to intolerance and the promulgation of proven falsehoods about Palestinians,” the post said.

Bashi claimed she receives regular death threats for her work, but, despite the backlash, she is planning to publish a second Palestinian book that will focus on numbers instead of letters, NJ.com reported.