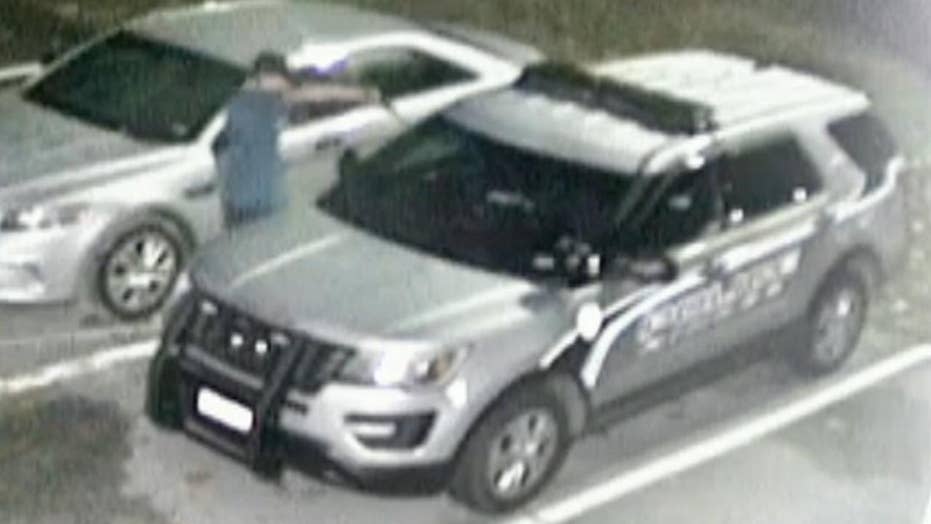 Raw video: Officials in Rindge, New Hampshire on the lookout for man they say dumped maple syrup on a police vehicle.

New Hampshire cops recently found themselves in a sticky situation.

An unidentified man was seen in surveillance footage wasting a perfectly good bottle of maple syrup by pouring it all over a police cruiser.

Police believe the suspect may be connected to a string of other reported vandalism in the neighborhood, WCAX reported.

Additional information about the suspect or incident was not readily available.