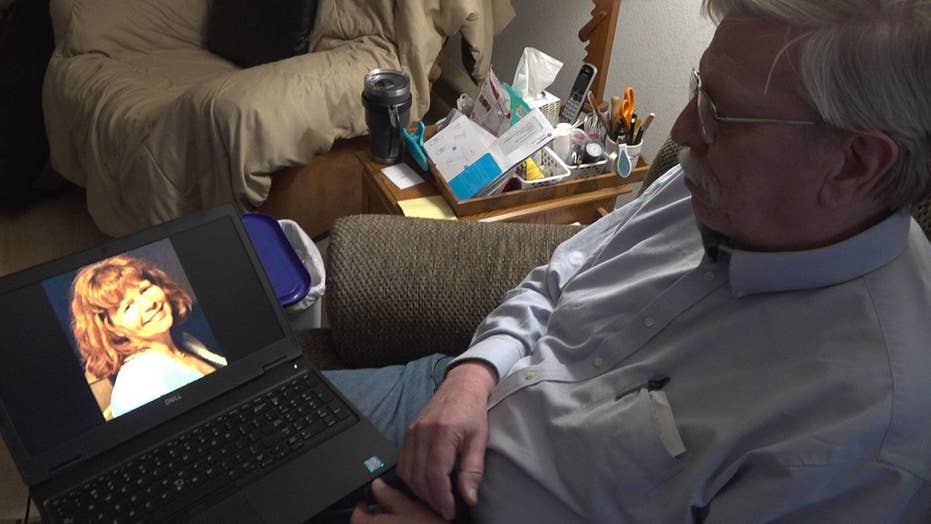 “I'm not certain if she died of starvation, malnutrition or if she died of dehydration – lack of water,” Straight, a resident of Nevada, told Fox News. “But either way she would have much rather have been able to just simply take a pill or several pills, or whatever it takes and just be able to end it.”

Straight is referring to the Death with Dignity laws, which in seven states plus the District of Columbia allow physicians to prescribe life-ending medication to terminally ill patients.

Oregon, Washington, Vermont, Hawaii, Colorado, California and Washington D.C. all have assisted dying statutes, in addition to Montana, which became legal after a state Supreme Court ruling in 2009.

Nevada is the latest state seeking to allow physician-assisted dying, which is also referred to as “Death with Dignity” or “Medical Aid in Dying,” after a bill was introduced in the legislature earlier this month.

“Unfortunately, because of the way the laws were written here in this state she was forced to just lay in a bed and slowly waste away,” Straight said about his wife, who was hoping to make the trek to Washington to obtain the necessary prescription to end her life, but was too weak to travel in her final days suffering from Carcinomatosis – a form of abdominal cancer.

Caren eventually became unable to eat and requested no further food or liquids. It took 12 days for her to die, Donald said.

Death with dignity bills have faced strong opposition from Catholic groups, which equate them to suicide. The groups say the bill lack safeguards to protect against abuse.

“Legalizing suicide is not a solution. In the face of these challenges, we should support and accompany our loved ones with genuine compassion, not with the false compassion of assisted suicide,” said Las Vegas Bishop George Leo Thomas said.

The bills have also been questioned by some in the medical community who say it puts “too much power” in the hands of doctors.

“The choice all sounds wonderful until you start to think about that it’s going to become a burden, it’s going to become the duty to do this instead of a choice,” Dr. Kirk Bronander, a medical professor and Nevada director of the American Academy of Medical Ethics. “It’ll be a duty because families may be pushing you to do this, it may be a duty because the insurance companies are pushing you to do this.”

He warns against medical professionals taking the decision lightly.

Nevada Democratic State Sen. David Parks, a primary sponsor of the bill in his state, said the legislation hits home in a personal way as he “made a promise some years ago to a lady who was a co-worker and she ended up succumbing to bladder cancer.”

“She said to me at one point if I was healthy enough I’d move to Oregon, and that was when Oregon was the only state that offered the Death with Dignity legislation,” Parks said, adding that she begged him to introduce a similar bill in Nevada.

NEW MEXICO ABORTION BILL CALLED 'MOST EXTREME IN THE NATION'

According to data from the Oregon Health Authority, of the 168 Death With Dignity Act deaths in 2018, the top four end-of-life concerns included losing autonomy, less able to engage in activities, loss of dignity and being a burden on family, friends/caregivers.

While losing autonomy and being less able to engage in activities was a concern for roughly 95 percent of the patients, loss of dignity and being a burden represented 79 percent and 64 percent, respectively.

Oregon’s Death with Dignity law passed in 1997, with a total of 2,217 prescriptions written under the law and 1,459 people actually having died from ingesting the pills, the data showed.

Dr. Thomas Hunt, a professor at Roseman University of Health Sciences, believes the bill has the proper safeguards in place – including being diagnosed with a terminal condition with six months or less to live, being diagnosed by two separate physicians, submitting two written requests and verbal request and the patient has to be deemed competent.

Hunt sees the controversial topic as a personal choice issue.

“If a patient feels that this is in their best interest and they feel like they have they want control over those last days weeks or maybe even a couple of months I think they should have that,” he said.

Ashley Cardenas, police and programs director for Compassion and Choices, an organization that educates the public about end-of-life care, said the “in more than 40 years of combined experience, we've never had an incident that has been substantiated for coercion or abuse or insurance fraud."

Nevada lawmakers heard the bill on Monday in Carson City. It will now head to a working group for discussion before a vote is taken up on the floor.