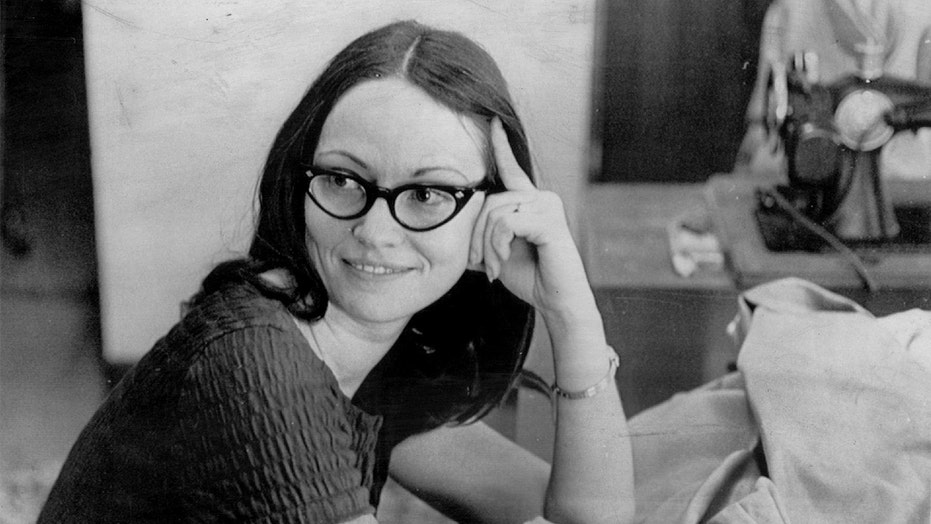 A woman convicted for her involvement in a string of Nebraska killings in the 1950s that left 11 dead, including her family members, with her then-boyfriend is seeking a pardon.

Caril Ann Clair, 76, who was convicted under her maiden name of Caril Ann Fugate and was 14 at the time of the slayings, told the Omaha World-Herald that she's seeking peace of mind as she ages.

Clair was a teenager when she accompanied her 19-year-old boyfriend, Charlie Starkweather, on a murder spree in 1957 and 1958 that left her mother, stepfather and baby half-sister dead.

The killings were recounted in the Bruce Springsteen song "Nebraska" and the 1973 film "Badlands" starring Sissy Spacek and Martin Sheen. The crimes began in November 1957 when Starkweather robbed and killed a 21-year-old gas station worker in Lincoln. On Jan. 21, 1958, he went to his girlfriend’s house and killed her three family members after her mother and stepfather told him to stay away, authorities said.

Caril Ann Fugate in May 1976. She is asking the Nebraska Pardons Board to grant a pardon for her conviction in connection with a string of killings in the 1950s. (Denver Post via Getty Images)

Clair claimed Starkweather forced her at gunpoint to obey him. They were captured in Wyoming eight days later.

“When I was 14 years old, I was abducted and held captive by Charlie Starkweather. I was terrified and did whatever he wanted me to,” Clair wrote in her pardon application, acknowledging that she was present when one of the victims was shot and that she did hold the money taken from him.

She spent 17 years in prison before her life sentence was reduced and she was paroled in 1976. Starkweather was executed by electric chair in 1959 after being convicted of one murder count. He was initially charged with 11 counts but went to trial for only one.

Clair applied for a pardon in 2017 but wasn't scheduled for a hearing until next month, according to the newspaper. In her application, she cited she's had no arrests or convictions and has been employed at a hospital in Michigan, where she lives.

“The idea that posterity has been made to believe that I knew about and/or witnessed the death of my beloved family and left with Starkweather willingly on a murder spree is too much for me to bear anymore,” her application states. “Receiving a pardon may somehow alleviate this terrible burden.”

Nebraska's Pardons Board has come under fire in recent years for only issuing 13 pardon hearings in the past three fiscal years, according to the Herald. The board consist of Republican Gov. Pete Ricketts, Attorney General Doug Peterson and Secretary of State Bob Evnen.