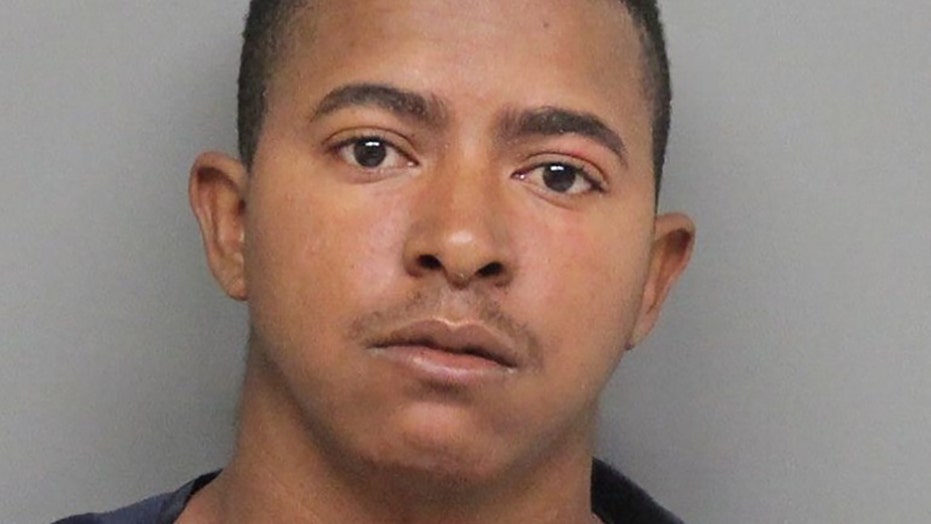 A Nebraska man wanted on two warrants was arrested Tuesday after he tried giving police a false name while wearing his real one on a badge around his neck, authorities said.

Markel Towner, 26, was sitting in his car when officers looking for a suspect who matched his description for a domestic assault approached and asked for his name, the Lincoln Police Department said. The officers were aware they were looking for a man named Markel Towner.

Towner allegedly gave the name “Deangelo Towns,” but officers said they noticed a lanyard around his neck with the name “Markel Towner” on it. Officers told Towner he was under arrest.

Police said Towner had two warrants out for his arrest. (Lincoln Police Department)

Police said Towner resisted and yelled that he “didn’t do anything wrong.” The struggle went on for several minutes until police said they brought Towner to the ground.

The 26-year-old’s friends and family surrounded the officers in an attempt to stop the arrest, police said.