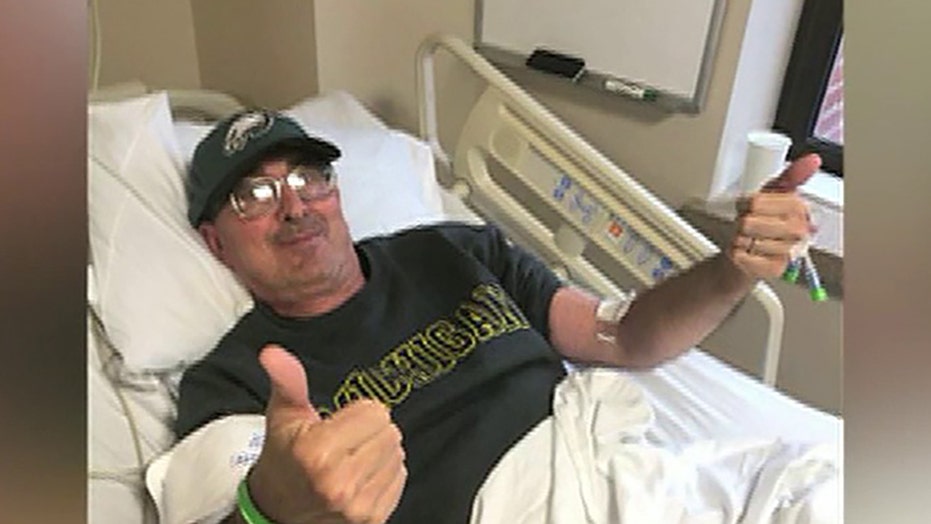 Carl Goldman is under quarantine in Nebraska after contracting coronavirus on a cruise ship in Japan and speaks out.

Nebraska Gov. Pete Ricketts, a Republican, received mounting pressure to issue a statewide stay-at-home order after more than 40 doctors sent him a letter Saturday detailing how a lack of testing in one region of the state could mean thousands of coronavirus cases have gone unreported.

Nebraska is one of just nine states in the country that have so far declined to issue statewide stay-at-home orders despite the advice of Dr. Anthony Fauci, the director of the National Institute of Allergy and Infectious Diseases, who is heading the federal response to the coronavirus outbreak. President Trump on Saturday declined to issue a nationwide stay-at-home order.

“COVID-19’s arrival has been much swifter than we ever imagined,” Dr. Libby Crockett, an OB-GYN, and Dr. Rebecca Steinke, a family physician, wrote in an open letter published in the Omaha-World Herald on Saturday. Forty-three other doctors in Grand Island, Neb., added their signatures.

“According to a recent paper in the journal Science, it is believed that 86 percent of infections are undocumented cases,” the letter said. “If this is true, we estimate there are around 3,500 people in our community, right now, who have the virus.”

Nebraska recorded 363 confirmed cases of the coronavirus Sunday, up by 40 cases from the day before. The death toll stood at eight in the state, with no new deaths recorded in the past 24 hours, according to the state’s Department of Health and Human Services.

Ricketts has chosen to follow local advice from Dr. James Lawler, co-director of the University of Nebraska Medical Center's Global Center for Health Security, who, instead of a statewide lockdown, has recommended improving compliance and adherence to social distancing and handwashing measures.

“The health care system in our community is a good one. But it was not built for a pandemic,” the letter said. “We love our vibrant and diverse community and want to work to mitigate the spread of COVID-19 here, but we need the help of Gov. Ricketts.”

“The current health directive measures in Hall County to reduce the number of people outside of their homes are not enough. There are too many people still working outside the home. Many of these individuals are working in close quarters without proper mitigation strategies in place to slow the spread of this disease,” it continued. “To make matters worse, many of those workers live in large, multi-generational households where access to health information is limited, which will facilitate the spread of the virus to the most vulnerable populations, and quickly.”

The letter called on Ricketts and the Central District Health Department to implement more rigorous policies that force people to stay at home and provide more access to testing.

Taylor Gage, a spokesman for Ricketts, said the governor’s office was in communication with the mayor of Grand Island, the city’s public health department, the hospitals and officials at the JBS USA beef plant, where 10 workers tested positive for COVID-19, the Omaha-World Herald reported.

Despite the Iowa Board of Medicine voting unanimously Friday to a so-called shelter-in-place order to limit all non-essential work and travel, Gov. Kim Reynolds said a statewide directive was not necessary, as some areas of the state have not been affected by the outbreak.