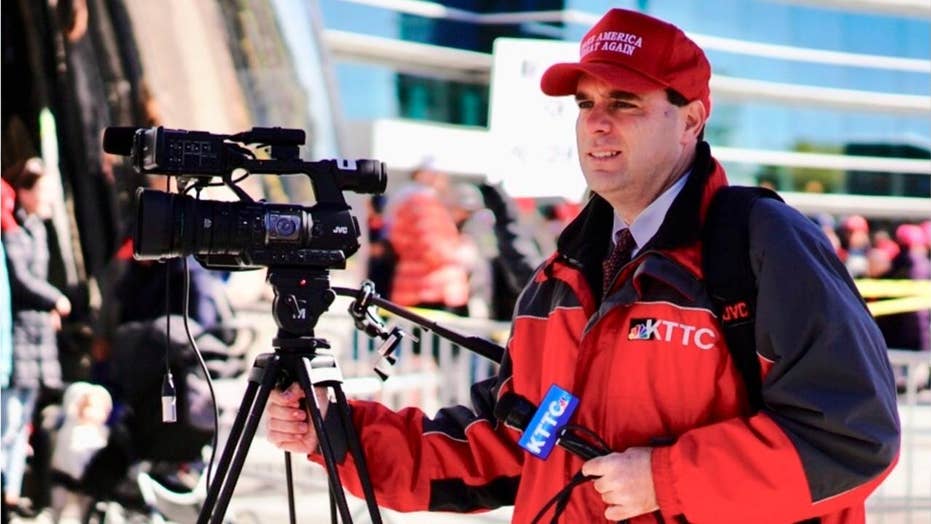 A NBC station reporter was fired for wearing a ‘Make America Great Again’ hat while covering a Trump rally in Rochester, Minnesota.

A television reporter in southern Minnesota might need a new hat saying "Make Me Employed Again."

As the rally got underway, images of Bunner wearing the bright red hat began appearing on Twitter.

Noel Sederstrom, the station's news director, told the Star Tribune of Minneapolis that the station's policy does not allow staff members to wear apparel from political campaigns while covering stories.

Bunner had uploaded a video of himself appearing to celebrate while dancing in a newsroom on Trump's inauguration day.

"Me watching the Trump inauguration," he wrote in the description.

Sederstrom told BuzzFeed News that Bunner was fired for wearing the hat during Thursday's rally, not because of the political views displayed on his social media pages.