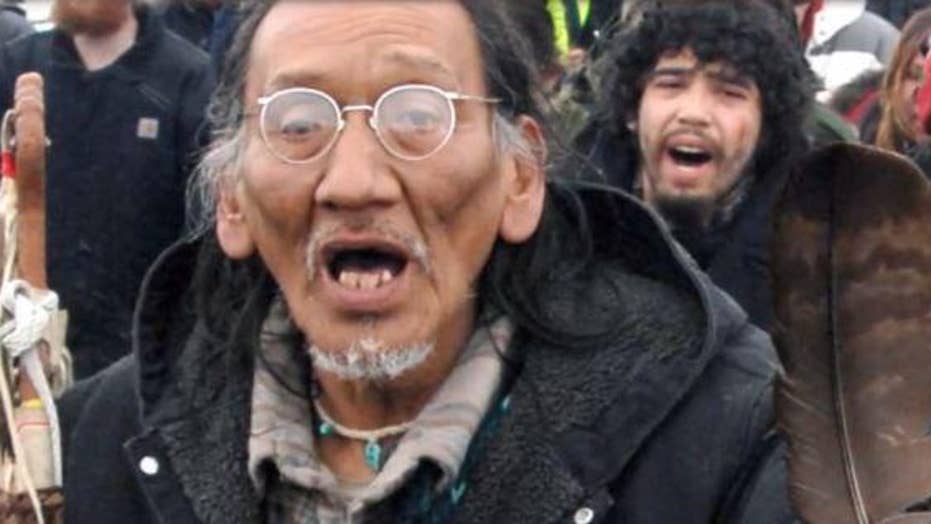 Report: Native American activist Nathan Phillips has a criminal record, including assault and escape from prison

New reporting reveals that Native American activist Nathan Phillips has a criminal record, including assault and escape from prison. Philips became the focal point of the viral clash with the Kentucky students.

A retired Navy SEAL who claims to have outed Covington viral video figure and Native American activist Nathan Phillips for masquerading “as a Vietnam vet” now says he believes YouTube removed his popular account weeks afterward in an act of retaliation.

The comments from Don Shipley come after his “Buds131” account was banned from the video-sharing site on Feb. 21. Shipley started the account in 2008 to expose cases of Stolen Valor, in which people impersonate being U.S. service members, and it is reported to have amassed more than 230,000 subscribers.

"This time I was told/emailed I was banned from a video I had posted several years ago about a phony SEAL, but after several years I doubt that caused it," Shipley told PJ Media. "If you ask me, it was because I outed Nathan Phillips. That Indian who masqueraded as a Vietnam vet."

He added: "THAT video got a lot of attention and a lot of big lawsuits pending from it.”

But YouTube, in an e-mail to Fox News, said Shipley's account was terminated because he was sharing too much information. The company said that info could be used to identify other people and YouTube claimed Shipley sometimes enticed Internet users to reach out to those people in his videos directly to criticize them.

"YouTube takes harassment and the sharing of an individual’s private information, like home addresses and phone numbers, seriously and we have strict policies against it in our Community Guidelines," the company said. "We review flagged content and remove inappropriate videos or terminate channels according to these policies."

Phillips, one of the figures at the center of the January controversy involving the Covington Catholic High School students who attended a March for Life rally in Washington, D.C., never served in the Vietnam War and wasn’t deployed overseas, the Marine Corps has confirmed to Fox News.

In the 1970s, Phillips, then known as Nathaniel R. Stanard, served in the Marine Corps Reserve for four years before leaving in 1976 with the rank of private. During his time in the reserves, he was a refrigerator technician and anti-tank missile man.

That record appears contrary to his remarks to Vogue in the wake of the Covington controversy, where he said, “You know, I’m from Vietnam times. I’m what they call a recon ranger. That was my role.”

COVINGTON CATHOLIC STUDENT’S LAWSUIT AGAINST WASHINGTON POST: A ‘SIGNIFICANT’ CASE OR NOT?

Numerous media outlets, including the Washington Post and the Detroit Free Press, issued corrections to their articles about the incident that incorrectly identified Phillips as a Vietnam War veteran, noting Phillips’ lack of deployments to a war zone.

Shipley told PJ Media this week it’s not the first time he's been removed from YouTube.

"I have been in YouTube Prison before when phony SEALs would cry to them about being posted," he said, noting that his posting privileges on the site have sometimes been restricted for months on end.