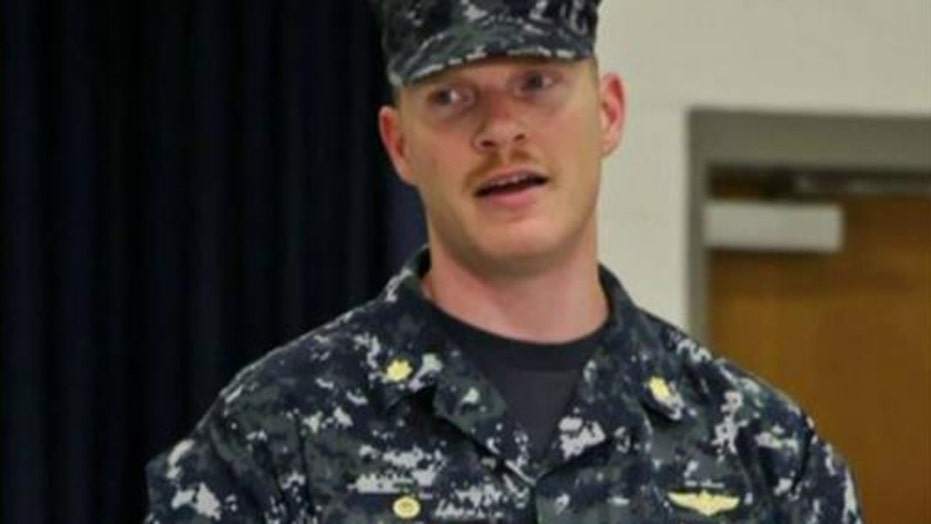 Officer who fired at Chattanooga shooter could face charges

A Navy official told Fox News that punishing a lieutenant commander who used an unauthorized weapon to fire back at the Chattanooga gunman who shot and killed five service members could not be “completely ruled out,” and two high-profile former military officers, including presidential candidate Jim Webb, say the Navy is at least seriously considering charging the man.

The Navy said in a statement that it had not charged any service members with an offense at the present time.

Military personnel are not allowed to carry weapons inside military recruiting and reserve stations. That ban is now facing scrutiny following the July 16 rampage by an Islamic extremist that killed five military members in Tennessee.

“Even if remote, is there a chance [White] contributed to the chaos and got people killed? Hurt police efforts? We are exploring that”

But the actions of Lt. Cmdr. Timothy White are also facing scrutiny, according to a series of tweets sent by Democratic presidential contender Webb, a former Marine infantry officer and U.S. senator.

Sen. Jim Webb said in a series of tweets that the Navy was considering charging a service member who fired on the Chattanooga shooter. (Reuters)

“Navy charging LCDR Tim White w/ a crime for trying to defend our sailors & Marines in #Chattanooga? He deserves a medal, not an indictment,” Webb tweeted Saturday.

He followed on Sunday with a pair of tweets that provided more detail.

“Before tweeting last night, we confirmed with a defense official that the Navy was seriously considering charging LCDR Timothy White,” one tweet said.

“The charge being considered is illegally discharging a firearm on federal property. No on the record comment was offered,” a second tweet said.

Former Congressman and retired U.S. Army colonel Allen West was even more definitive in his assertions.

“Ladies and gents, resulting from the text message I received yesterday, I can confirm that the United States Navy is bringing charges against Lt. Cmdr. Timothy White for illegally discharging a firearm on federal property,” West wrote in a post on Saturday.

A senior defense official told Fox News on Monday morning that it is “extremely unlikely” that White would be charged; however, a proper investigation into the events in Chattanooga needed to occur.

“Even if remote, is there a chance [White] contributed to the chaos and got people killed? Hurt police efforts?” the official said. “We are exploring that.”

White and one of the Marines murdered in the attack on the Chattanooga military centers fired their weapons, according to a Navy Times report in July. White fired his sidearm at shooter Mohammed Abdulazeez during the attack, the Times reported, citing multiple military officials familiar with internal reports. The Washington Post first reported that a Marine had used his personal weapon during the shooting.

Details about what weapon White used are unclear.

It is not known who fired the shots that ultimately killed Abdulazeez.