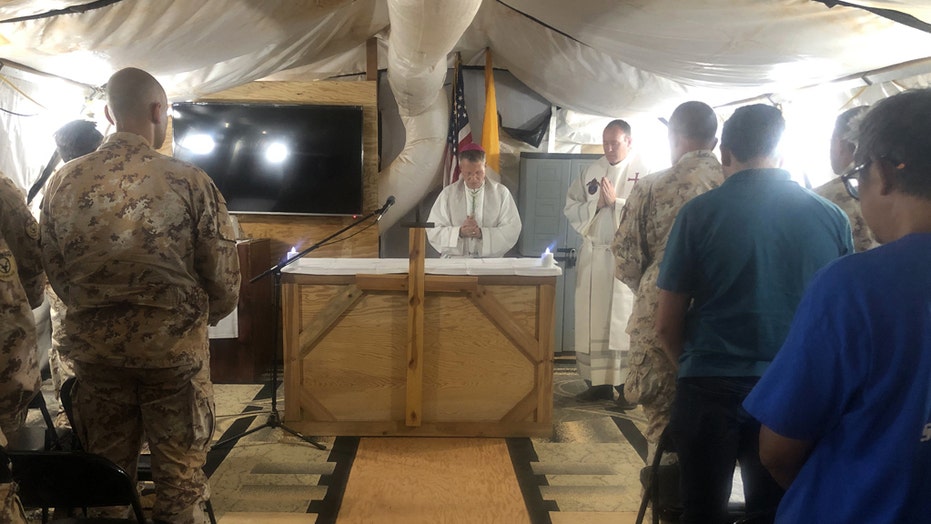 The Navy is banning service members from attending indoor religious services due to the coronavirus and troops could be court-martialed as punishment, a religious freedom law firm tells Fox News.

Major Daniel Schultz, USAF, currently assigned to a Navy command, is requesting a religious accommodation to attend the church where he leads worship after the Navy issued an order on June 24 stating "service members are prohibited from visiting, patronizing, or engaging in . . . indoor religious services.”

Mike Berry, the First Liberty Institute general counsel who sent a letter on behalf of Shultz on Monday morning, called the order "unlawful and immoral" and is calling on President Trump to immediately demand its removal.

The order in question permits in-residence social gatherings of any size, protests, and other activities, First Liberty said.

“President Trump recently declared churches as essential to America. In open defiance of the Commander in Chief, the U.S. Navy has now threatened to court-martial service members if they go to church," Berry told Fox News. "It is absolutely outrageous that our troops can’t go to church, but they can host house parties of any size."

Chaplains, whose job it is to ensure service members can exercise their First Amendment rights, slammed the order.

"We are stunned that the Navy would issue this unlawful order," said Chaplain Col. Ron Crews, US Army Ret., executive director of the Chaplain Alliance for Religious Liberty, which represents more than half of all active-duty chaplains serving the Armed Forces.

"Our chaplains have fought, bled, and even died for the right of every service member to enjoy religious freedom wherever they are, at home and abroad," Crews added. "For the Navy to strip away that freedom in this manner is unconscionable."

Bishop Derek Jones, chairman of the National Conference on Ministry to the Armed Forces, called on the Navy to rescind the "unlawful order immediately."

“As the peer organization for nearly every chaplain endorser to the US Armed Forces, the National Conference on Ministry to the Armed Forces (NCMAF) is gravely concerned with this order, which we understand was not vetted by the Navy’s senior chaplain leadership," Jones said. "This order affects millions of service members who are willing to risk their lives for the very freedom that has been taken away from them."

In addition to Schultz, First Liberty said other service members across the states have contacted them regarding the order and will be sending out letters on behalf of each client.

The Navy did not immediately respond to Fox News' request for comment.