Officials at the Basilica of the National Shrine of the Immaculate Conception in Washington, D.C., on Wednesday confirmed earlier reports that a Native American rights activist led several dozen people in an attempt to enter the shrine during a Saturday evening Mass.

In a statement to Fox News on Wednesday, basilica officials said a Mass was being celebrated at 7 p.m. when Nathan Phillips and his group “attempted to enter the building while chanting and hitting drums.”

“At this time, Mass was being celebrated in the upper church where the individuals attempted to enter,” the statement read. “In respect and reverence for the Mass, the individuals were not permitted to enter the Basilica due to the disruption it would have caused during the solemn Mass. The individuals were asked to leave the property after it was determined they did not intend to share in the celebration of Mass.”

The group assembled across the street from the shrine, the Catholic News Agency reported. Video footage showed one demonstrator telling other protesters that they had been ordered off the property by police, according to CNA. 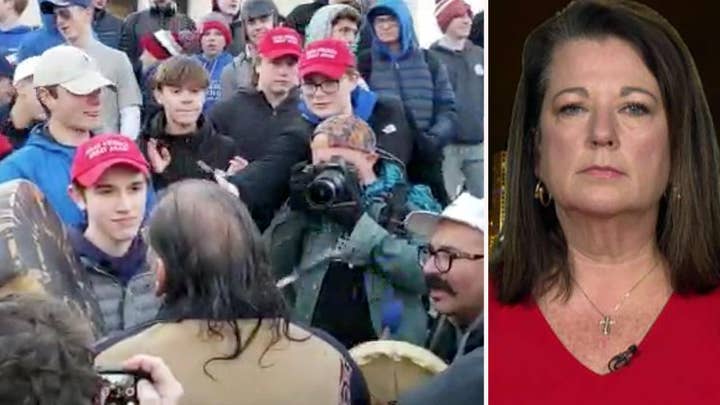 Phillips, 64, was thrust into the national spotlight over the weekend when video of an encounter with a group of students from Covington Catholic High School in Kentucky went viral. He was seen singing and playing a drum near the Lincoln Memorial as he stood face-to-face with Covington student Nick Sandmann while other students were standing behind Sandmann.

Other footage revealed the teens were being taunted by a third group nearby, leading to criticism of the media for a so-called rush to judgment.