Police visited the home of Nashville bomber Anthony Quinn Warner in 2019 after his girlfriend told authorities he was making bombs inside his recreational vehicle, according to a report.

Documents obtained by The Tennessean newspaper of Nashville appeared to contradict a claim this week by the Tennessee Bureau of Investigation that Warner was "not on our radar" prior to a massive Christmas morning explosion of an RV outside an AT&T building in the downtown area of the state’s capital city.

Warner is believed to have died in the explosion, which reportedly caused no other fatalities.

The Metro Nashville Police Department documents also indicate that both local and federal authorities knew in August 2019 about alleged threats Warner had made, The Tennessean reported.

When authorities visited the girlfriend at her home – about a mile and a half away from Warner’s home – she handed over two unloaded guns that she claimed belonged to Warner, telling authorities she "did not want them in the house any longer," Metro Nashville police spokesman Don Aaron told the newspaper. She also told Nashville police that Warner was "building bombs in the RV trailer at his residence," according to police. 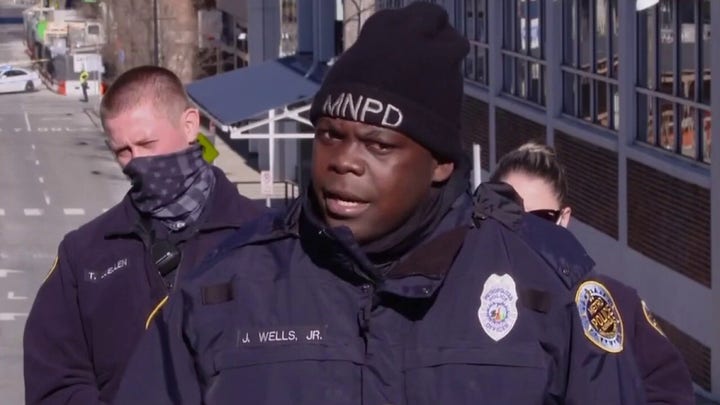 At the time, a lawyer who was representing both Warner and his girlfriend told officers that Warner "frequently talks about the military and bomb making," and "knows what he is doing and is capable of making a bomb," the police report says.

After visiting the girlfriend on that day in 2019, officers went to Warner’s home and knocked on the door but he didn’t appear to be at home. They also noticed that the RV parked outside had "several security cameras and wires attached" and appeared to have an alarm set up at the front door.

This undated image posted on social media by the FBI shows Anthony Quinn Warner, the man accused of exploding a bomb in Nashville, Tenn., on Christmas Day. (Courtesy of FBI via AP)

Nashville police saw "no evidence of a crime" at the time and had no authority to enter the property, so they left and sent a report to their department’s hazardous devices unit and to the FBI, The Tennessean reported.

Later that day, the FBI responded that it had no records of any suspicious activity regarding Warner.

The FBI confirmed that account in a statement Tuesday.

This undated image posted on social media by the FBI shows Anthony Quinn Warner, the man authorities say was behind a mysterious explosion in Nashville, Tenn., in which he was killed. (Courtesy of FBI via AP)

The Defense Department had reported that "checks on Warner were all negative," Aaron told The Tennessean on Tuesday. The federal Bureau of Alcohol, Tobacco, Firearms and Explosives also had no information about Warner, he said.

Also later that month, police contacted the lawyer, Raymond Throckmorton III, to arrange a conversation with Warner, but the lawyer told them Warner "did not care for the police," and would not agree to any inspection of his RV.

It appears neither Nashville police nor the FBI heard any further reports about Warner prior to the Christmas morning explosion.

Warner had only one arrest, in January 1978, for possession of marijuana, The Tennessean reported.