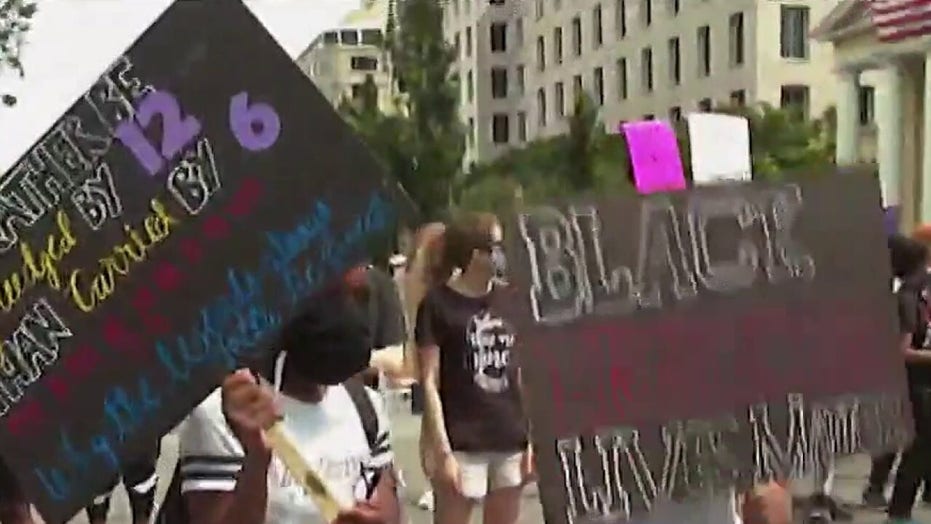 Can faith help build a bridge between the police and communities demanding change?

Can faith help build a bridge between the police and communities demanding change?

A naked man who allegedly chased down a female driver in El Paso, Texas early Tuesday died in custody after university police used a stun gun or taser to subdue him, according to reports.

NEVADA SHERIFF TELLS LIBRARY NOT TO CALL 911 IF THEY SUPPORT BLM: 'TO SUPPORT THIS MOVEMENT IS TO SUPPORT VIOLENCE'

A woman called 911 around 3:30 a.m. Tuesday as she was driving near the University of Texas at El Paso campus. She said she was on Sun Bowl Drive when a man without any clothing ran after her car to the intersection at North Mesa Street, university officials told KVIA.

UTEP police officers responded to the scene. They said the man got combative before they tased him and took him into custody, unnamed officials told El Paso Times. El Paso Emergency Medical Services also were called to the scene.

The EMTs found the man was unresponsive and had fallen unconscious. He was transported to the University Medical Center of El Paso, where he was pronounced dead. Officials have not released the cause of death.

The Texas Department of Public Safety and the Texas Rangers are investigating the incident. The man’s name has not been publicly released.