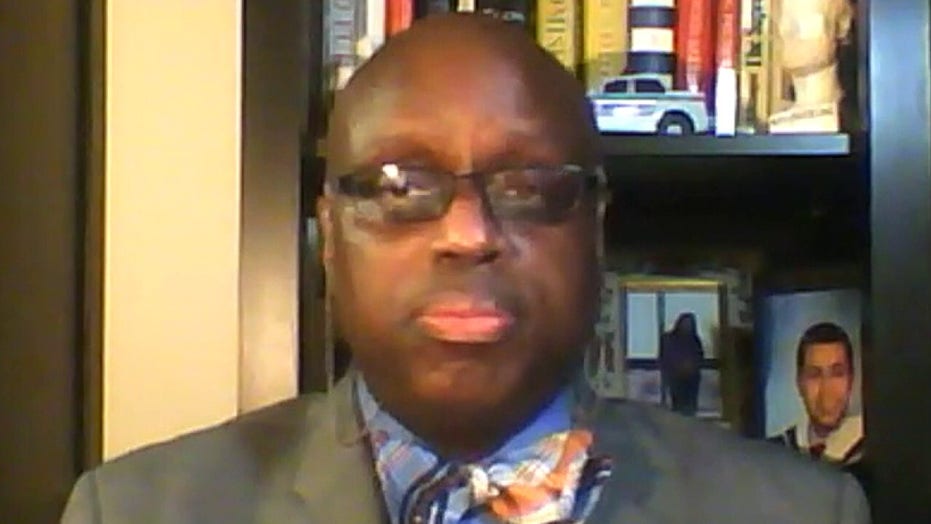 A rural Nevada sheriff warned the county library not to bother calling 911 to report acts of lewdness or other incidents should the board issue a statement in support of the Black Lives Matter movement.

“To support this movement is to support violence and to openly ask for it to happen in Douglas County,” Douglas County Sheriff Dan Coverley wrote in an open letter addressed to the Douglas County Public Library Board of Trustees on Monday.

“Due to your support of Black Lives Matter and the obvious lack of support or trust with the Douglas County Sheriff's Office, please do not feel the need to call 911 for help. I wish you good luck with disturbances and lewd behavior since those are just some of the recent calls my office has assisted you with in the past."

WALL OF MOMS, DAD PODS, RIOT RIBS, PACIFIC NORTHWEST LIBERATION FRONT: SOME OF THE GROUPS THAT HAVE CONVERGED IN PORTLAND

Coverley also pointed out how: "the Black Lives Matter movement openly calls all law enforcement corrupt and racist on their website. They call for the defunding of police, and we have seen how a lack of active law-enforcement has worked in Seattle, Washington and Portland, Oregon.” The sheriff added that: "numerous Black Lives Matter protests have resulted in violence, property damage and the closing of local businesses, sometimes permanently."

The sheriff backtracked on Tuesday after meeting with Douglas County Library Director Amy Dodson and clarified his office would continue to respond to 911 calls from the library.

His letter came in response to the agenda posted before a special meeting to be held Tuesday by the Douglas County Public Library Board of Trustees. Among other things on the agenda, the board was to consider adopting a diversity statement “for possible approval.”

“The Douglas County Public Library denounces all acts of violence, racism and disregard for human rights. We support #BlackLivesMatter. We resolutely assert and believe that all forms of racism, hatred, inequality and injustice don’t belong in our society,” the language for the possible diversity statement read in part.

The meeting was instead canceled so Coverley and Dodson could meet and would be rescheduled for a later date.

“Sheriff Coverley and I had a very candid conversation about the statement and we both expressed our opinions regarding the intent of our exchanged correspondence,” Dodson said on Tuesday. “We agreed that we both support the people of Douglas County and this may have been an unfortunate circumstance of misunderstanding. The library respects and supports the work of the Douglas County Sheriff’s Office and appreciates everything they do to keep our community safe.”

“I am passionate about and proud of the work the Sheriff’s Office does for all members of this community,” Coverley said. “This has been a difficult time to be a law enforcement professional and can be disheartening when we perceive that our office may be under attack. My response was rooted in my belief that these issues need to be openly discussed in a way that values diversity and law enforcement.”

Coverley clarified in another statement on Tuesday that the Douglas County Sheriff’s Office will continue to respond to all 911 calls, including those at the library. The agency added that it will continue to “fairly and impartially apply laws and ordinances without regard to race, color, creed, sex, or station in life.”

In his initial letter to the board on Monday, Coverley provided statistics on officer-involved fatal shootings and outlined what he described as the “national rebellion on law enforcement” seen during the 2016 presidential year is repeating itself in 2020.

“The tragic and preventable death of George Floyd at the hands of four Minneapolis Police officers shined a national spotlight on bad actors within the law enforcement profession. At the same time, data simply does not support claims that law enforcement is systemically racist or structurally biased,” he wrote. “Despite the lack of available evidence to support the anti-police narrative, it proliferates and has spawned radical reactions such as the current calls to 'defund the police,' as well as increases in violence against police—ranging from assaults to assassinations."

Citing FBI data, Coverley said in 2019 there were nine fatal shootings of unarmed black persons – which was down from 38 in 2015 -- and 19 fatal shooting of unarmed white persons – which was down from 32 in 2015. He said those deaths represent 0.1 percent of all black homicide victims and 0.3 percent of all white homicide victims.

“In 2016, following a national rebellion against law enforcement —like what we are experiencing today —the number of officers shot and killed in the line of duty increased by 56% in that year alone. Twenty-one of those deaths were ambush-style shootings of law-enforcement officers,” the sheriff wrote.