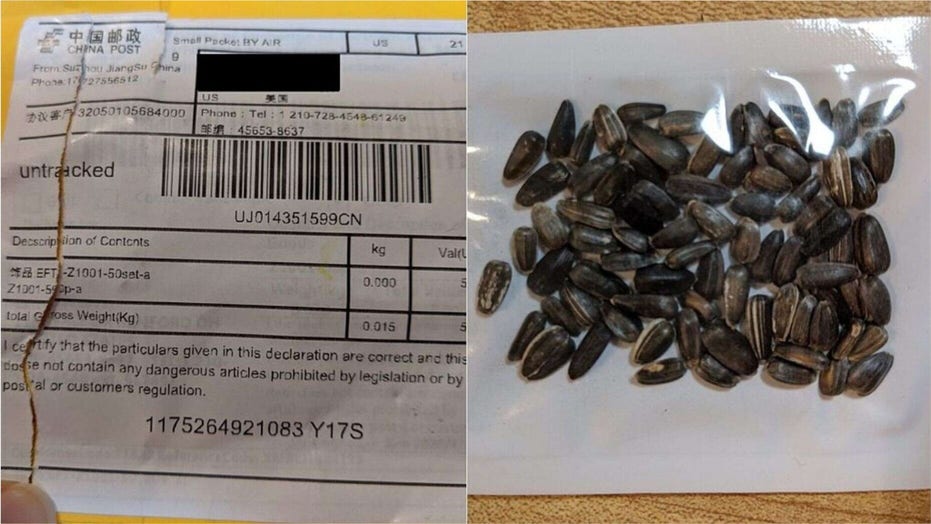 Packets containing mystery seeds that have been arriving in several states have now been spotted in north Texas, according to a report.

About 200 residents claim to have received the packets, Texas Agriculture Commissioner Sid Miller said, according to FOX 4 of Dallas.

The mailings are believed to have originated in China, the report said.

Texas is among about 30 states to issue a warning about the mailings, FOX 4 reported.

“We don't want people opening those up, don't put them in the mail, certainly don’t plant them. Contact us. Let us pick them up. Treat them like they are radioactive, like they are Kryptonite,” Miller said.

Mark Rubial, who owns nurseries in Dallas, also warned about the seeds.

“It doesn’t seem like if you had three or four seeds it’s a big deal. But if you put those seeds out, they drop more seeds and we could actually get damage to our local plants,” Ruibal told FOX 4. “If someone sends you pills in the mail wouldn’t necessarily take them. It’s kind of the same thing.”

Police and other officials across the U.S. are concerned the seeds could be an invasive species to possibly tied to a fake product-review scam.

Jane Rupp, president of the Better Business Bureau's (BBB's) Utah chapter, told FOX 13 in Salt Lake City the incidents could be a scam known as “brushing” where some companies will send you a product so they can post a fake review in your name.

The packages appear to have been shipped via China’s state-run postal agency and contain Chinese characters on the outside.