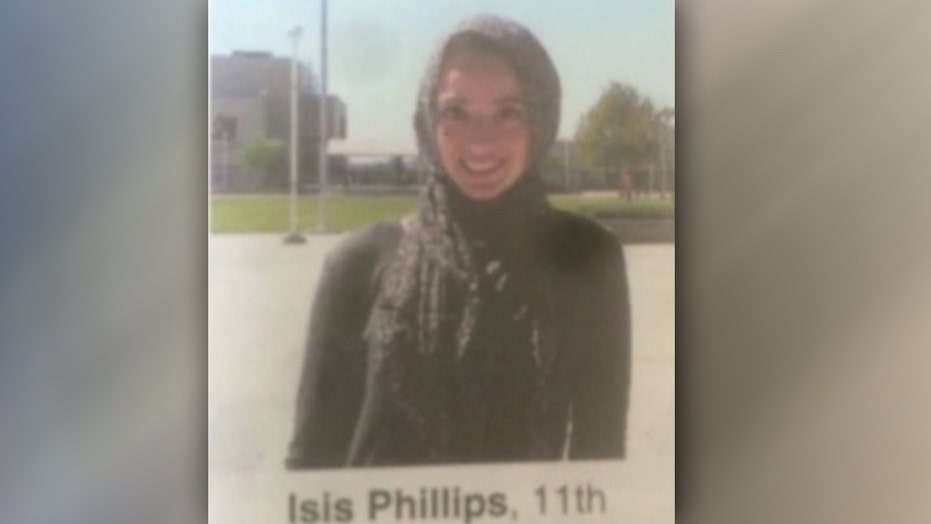 California school apologizes for the error

RANCHO CUCAMONGA, Calif. – A Muslim high school student who was mistakenly identified in her Southern California yearbook as "Isis Phillips" says she's hurt not only by the error, but by her classmates who blasted her for denouncing it.

Bayan Zehlif, a 17-year-old high school senior, said at a news conference with Muslim community advocates on Monday that she found it "coincidental" that she was mistaken for a girl whose name is widely associated with a terror group.

"Seeing the yearbook really hurt, but seeing my classmates go against me like that hurt even more," she told reporters at the offices of the Council on American-Islamic Relations in Anaheim, Calif.

Mat Holton, Chaffey Joint Union High School District superintendent, said in a statement that Zehlif was misidentified as another student with the first name of Isis.

The other student, who no longer attends Los Osos High School, also was misidentified in the yearbook on a facing page, Holton said.

"The families of both students were immediately contacted and offered a sincere apology," and another apology was offered at a second meeting Monday with Holton and the school principal, he said.

Yearbook distribution has been halted until the error is fixed, and those who already received them have been asked to return them.

He said an investigation is being conducted.

"If it is found that a student acted irresponsibly and intentionally, administration will take appropriate actions," he said.

Zehlif said she didn't personally know Isis Phillips, but she has heard a girl with that name had attended the school in Rancho Cucamonga. The mix-up occurred on a candid photo, and her class photo lists her name correctly, she said.

Zehlif posted a photo on Facebook of herself in a hijab with the name "Isis Phillips" underneath it as it appears in the yearbook.

Zehlif is not returning to school for now out of fear of the backlash from some of her classmates, but hopes to attend graduation next week as her relatives from Jordan have traveled for the ceremony, she said.