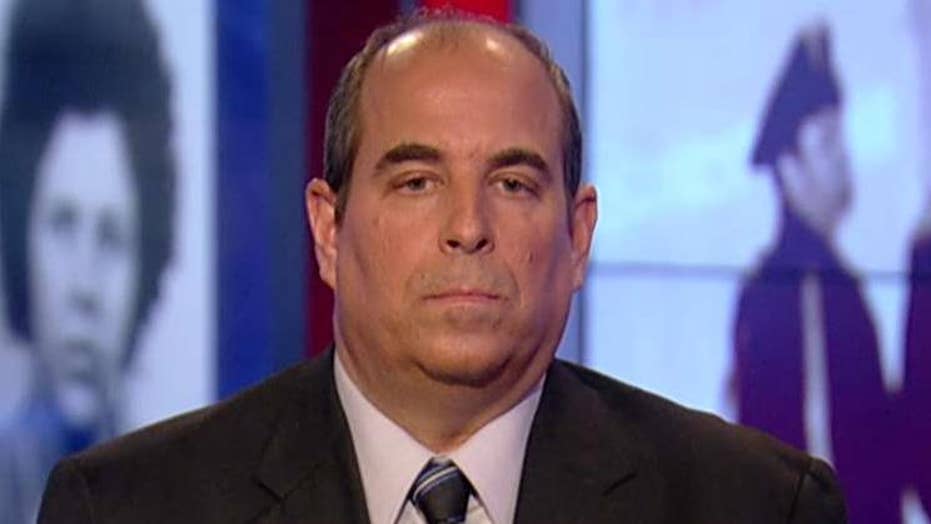 The son of a security guard killed in the $1.6 million robbery of a Brinks armored car in 1981 blasted New York Gov. Andrew Cuomo's move allowing an ex-radical to seek parole in the case after 35 years, telling Fox News on Friday, "I don't think he knows the true facts of the case."

Judith Clark, a former Weather Underground member, was given a 75-years-to-life sentence for her role in the robbery at a mall in Rockland County. She drove the getaway car.

The security guard, Peter Paige, was killed during the heist, and less than an hour later, two Nyack police officers, Waverly Brown and Sgt. Edward O'Grady, were killed in an ambush after stopping the truck at a roadside checkpoint.

Cuomo on Monday commuted Clark's sentence, allowing the 67-year-old to appear before the parole board early this year. He noted that some of Clark's co-defendants served less time and that Clark has been a model prisoner.

"She is a murderer. ... What gives him the right to do that?" Paige's son, Michael, told "America's Newsroom." He said the governor never met with him or his family.

Under Clark's previous sentence, she would not have been eligible for parole consideration until she was 106.

"I am not releasing her, but I am giving her the opportunity to give her case. People change in 35 years," Cuomo told Fox 5. "She didn't pull a trigger or have anything to do with the actual killing."

Michael Paige responded, "This woman was a principal part of a terrorist organization. She was principally involved in the planning and execution of these three men."

He said he was a teenager at the time, eager to tell his dad how his football practice had gone -- but on his way home, he learned from his neighbor that his father was dead. "That day was the worst day of my entire life."

The Weather Underground was a 1960-'70s group of increasingly violent anti-war activists. Clark, at the time of her trial, called herself a freedom fighter, insisted on representing herself and then refused to go to court, remaining in a cell.

In a 2002 sworn statement, she expressed regret and said she had rejected her radical beliefs.

"Hopefully the parole board will have more sense than the governor does," Michael Paige told Fox News. "We have a tremendous amount of support."