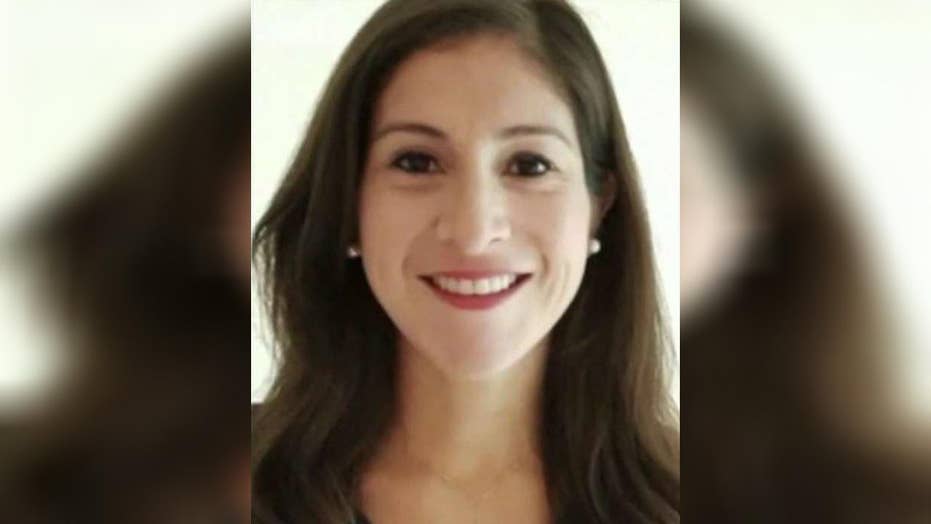 Wendy Martinez, who was stabbed to death during a jog in Washington D.C. on Tuesday, “fought up to the last breath,” her mother said at a candlelight vigil for her daughter on Thursday night.

The 35-year-old Martinez was jogging in Logan Circle around 8 p.m. Tuesday when an assailant stabbed her in the neck. After the attack, Martinez stumbled away and into a nearby restaurant, where surveillance video showed the woman appearing to alert stunned customers to her attacker’s location.

Martinez was later pronounced dead at a hospital.

“My heart has been broken in a thousand pieces,” Cora Martinez said Thursday at the vigil, according to CBS News. “My daughter fought up to the last breath. She fought courageously. You do the same.”

Anthony Crawford, 23, was arrested and charged with first-degree murder while armed in connection with the stabbing, police announced Thursday.

While police have yet to determine an official motive, The Washington Post reported Crawford had a history of mental illness and synthetic drug use that could cause abnormal behavior.

Crawford had no recent arrests related to violence, but was charged in 2012, as a juvenile, with felony assault, according to The Washington Post. He was ordered to remain under juvenile supervision until he turned 21, but was let go at one point when he was 20 and vanished from the group home for a month, the Post reported, citing court documents.

In 2015, he was checked into a hospital for a psychiatric evaluation because officials believed he was “likely to injure [him]self or other,” according to the newspaper.

Wendy Martinez’s death came a week after she became engaged to her fiancée, Daniel Hincapie.

"My daughter fought up to the last breath. She fought courageously. You do the same."

“You know I'm going to keep her alive by helping her achieve the dreams that she wanted to achieve,” he said at her vigil.

Martinez, the chief of staff at FiscalNote, was described as an avid jogger who lived near Logan Circle, a popular D.C. neighborhood police Chief Peter Newsham described as “very safe.” Martinez said in a recent interview with thebridgework.com that she liked to unwind from work by running around the city or working out at her favorite local studio.