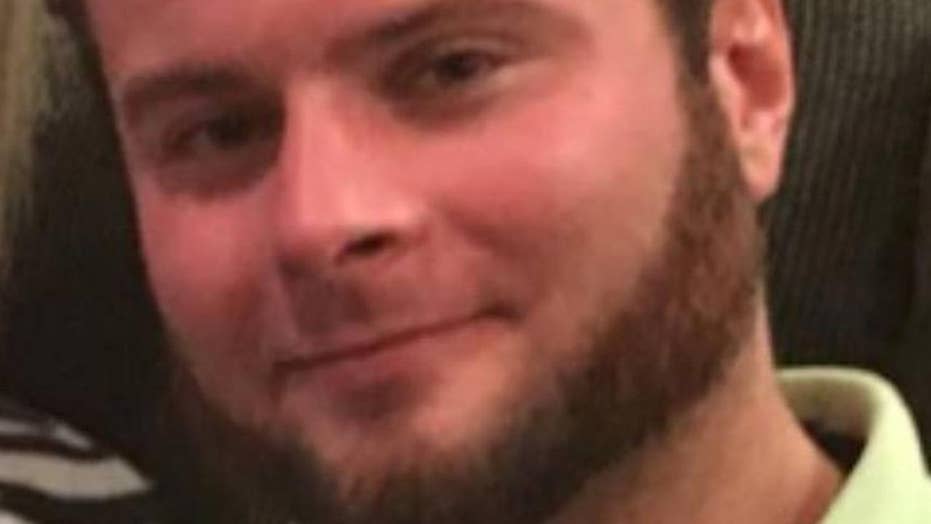 A fugitive wanted in connection with two killings in Mississippi and a string of shootings was finally caught in Kansas Wednesday after he jumped across state lines to stay one step ahead of the law.

Really #proud of my partners for successfully ending this pursuit and protecting the people of #Kansas from a very dangerous person! pic.twitter.com/sOK2oImT1L

At around 7:50 a.m., Kansas state troopers tried stopping a black Cadillac that matched the description of the stolen vehicle Deaton was driving near Dorrance, a couple hours northwest of Wichita. Deaton did not stop and sped eastbound down the highway. State police successfully stopped the vehicle with spike sticks a few minutes into the high-speed chase.

"He has led us on quite the chase over the last few days and I think everyone here is very happy he is in custody," said Marshall Fisher, the Mississippi Dept. of Public Safety commissioner, in a news conference earlier today.

Deaton was believed to have stolen a couple’s car in New Mexico earlier this week before driving to Kansas where he allegedly shot a store clerk and stole his car, the Clarion-Ledger reports.

Information on our apprehension of a murder suspect this morning in Ellsworth County, also wanted in connection w/ Pratt shooting. pic.twitter.com/sOBDS1zfGV

Deaton supposedly came out of a wooded area and approached a couple in a 2001 Honda sedan that was parked in the parking lot of La Luz Trail Head in Albuquerque, New Mexico. He held them at gunpoint and a struggle to escape ensued, investigators said.

The man tried to get away and Deaton fired shots, shooting the man in the buttocks and grazed the woman with bullets, police said.

Rankin County Sheriff Bryan Bailey added that Deaton started to drive away with the woman in the trunk of the car, but she escaped. Deaton tried to recapture her, but the couple got away.

Both victims identified Deaton as the suspect in this carjacking, according to authorities.

Police say Deaton was next seen in Kansas when the Kiowa County Sheriff’s Dept. became involved in a pursuit with the stolen Honda Accord. They successfully stopped the vehicle with stop sticks, but Deaton managed to run away.

Deaton then allegedly went into a convenience store at approximately 4:15 a.m. and held the store clerk at gunpoint, retrieved the clerk’s car keys, and shot him. The clerk was in critical condition.

"The innocent victims in this, it's a heartbreaking situation," Bailey explained, "that's what makes this case different to me."

Robinson sent her friend a "Happy Birthday" text message at 8:00 p.m. on Wednesday, after work. Later in the conversation, Robinson told her friend that she and Deaton had split up, MSNEWSNOW reported.

"He didn't want to let her go," said Bailey, "he was in a fit of rage, killed [Robinson] and that's how everything went downhill."

The suspect was said to be armed and extremely dangerous to the public and to law enforcement, and reportedly was spotted in Oklahoma over the weekend. The reward for information leading to Deaton’s arrest was raised to $30,000 yesterday.

As of now, Deaton is charged with one count of first-degree murder and one count of aggravated assault in Rankin County, Mississippi. District Attorney Michael Guest said charges could be raised.