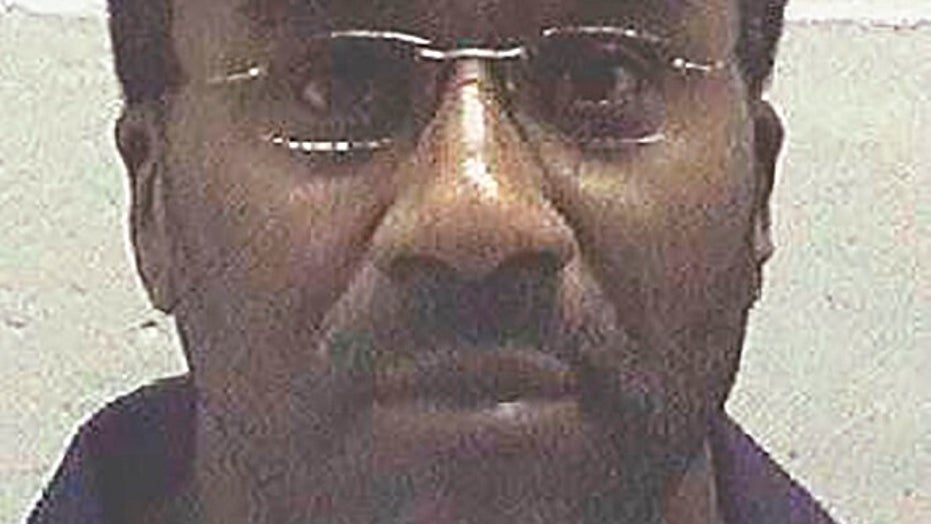 Correction officers in Georgia are preparing to execute a man for the deadly shooting of a convenience store clerk 25 years ago, the third execution in the state this year.

Ray Jefferson Cromartie is scheduled for lethal injection Wednesday evening at the state prison in Jackson. He was convicted of malice murder and sentenced to death for the April 1994 killing of 50-year-old Richard Slysz in Thomasville.

While on trial, evidence showed Cromartie borrowed a handgun from his cousin April 7, 1994, entered the deli that night and shot clerk Dan Wilson in the face, gravely injuring him. The clerk couldn't identify the person who shot him, and the surveillance footage couldn’t provide a clear view of the shooter.

This undated file photo made available by the Georgia Department of Corrections, shows inmate Ray Jefferson Cromartie in custody. Cromartie is scheduled to be executed Wednesday evening, Nov. 13, 2019, at the state prison in Jackson, Ga. He was convicted of malice murder and sentenced to death for April 1994’s slaying of Richard Slysz at a Thomasville, Ga., convenience store. (Georgia Department of Corrections via AP, File)

As more testimony and evidence was discussed at trial, Cromartie's involvement in another shooting resulted in his death sentence.  Others implicated in the case were sentenced to lesser charges and have been released.

According to Cromartie’s attorneys, he continues to insist he didn’t kill or injure the clerk.

Cromartie’s defense is seeking DNA testing on evidence, including shell casings from both shootings, clothing found near the first shooting site, a package of cigarettes found near Slysz’s body, and clothing samples from Slysz and other people they say are potential shooters.

The DNA testing could prove Cromartie wasn’t the shooter, his lawyers contend.

Despite his lawyer's efforts, judges of the supreme court of the state, federal court and other entities have declined the DNA appeals, saying they wouldn't change the verdict.

Fox News' Thairy Lantigua and the Associated Press contributed to this report.