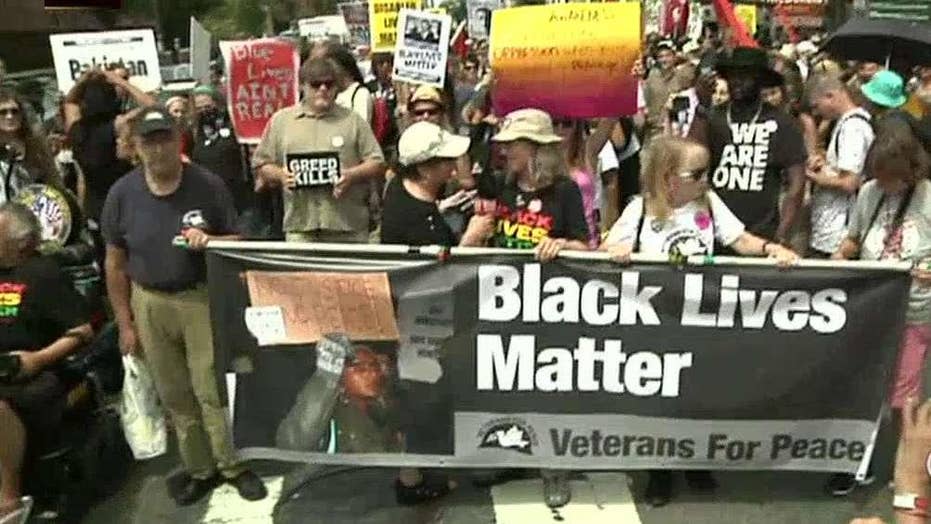 'The O'Reilly Factor' debates race relations and the Republican Party

The mother of one of two central Pennsylvania teenagers charged with shooting at police officers last week contends the Black Lives Matter movement is to blame for his actions.

"They are in jail for doing what Black Lives Matter wanted them to do: shoot at cops," Luz Rentas wrote in a statement given to a number of news organizations over the weekend. "The truth is that these are two punk kids following the orders of an irresponsible organization and now they're gonna pay for it."

The co-organizer of a Black Lives Matter chapter in Lancaster said the group rejects using violence to solve societal problems.

Officers in the borough of Columbia were responding to a report of gunshots near a cemetery just before 3:30 a.m. Friday when their own vehicles came under fire. No officers were injured.

Marquell Rentas, 17, and Trenton Nace, 18, were arrested and remained jailed Tuesday on $2 million bail. The two, who are cousins, face charges including attempted homicide of a law enforcement officer. No attorney information was listed in online court records.

Rentas told officers during his arrest, "I was shooting at you," and then cursed at police, authorities wrote in court documents.

Lancaster County's district attorney said Tuesday there was no indication the shooting was racially motivated, but he said anti-police rhetoric could fuel such attacks against officers.

"We as a society need to take a look at what's going on in our country," District Attorney Craig Stedman said. "There's a lot of rhetoric demonizing police. It creates greater a chance to have individuals emboldened to take violent actions out on police."

Nace's father, Roberto Rentas, made a similar statement to WHTM-TV that the Black Lives Matter movement influenced the teens' actions.

Kevin Ressler, a pastor and co-organizer of the Black Lives Matter chapter in Lancaster, said such violence is counter to the movement. He said Rentas' mother reached out to him Monday night on Facebook and they had a two-hour conversation online. He said he hopes to meet with her — and her son and nephew — to better understand how to communicate Black Lives Matter's message to those who most need it: young African-American men.

"Hopefully we can take this near-tragic circumstance and try to figure out what positive can come from it," he said.