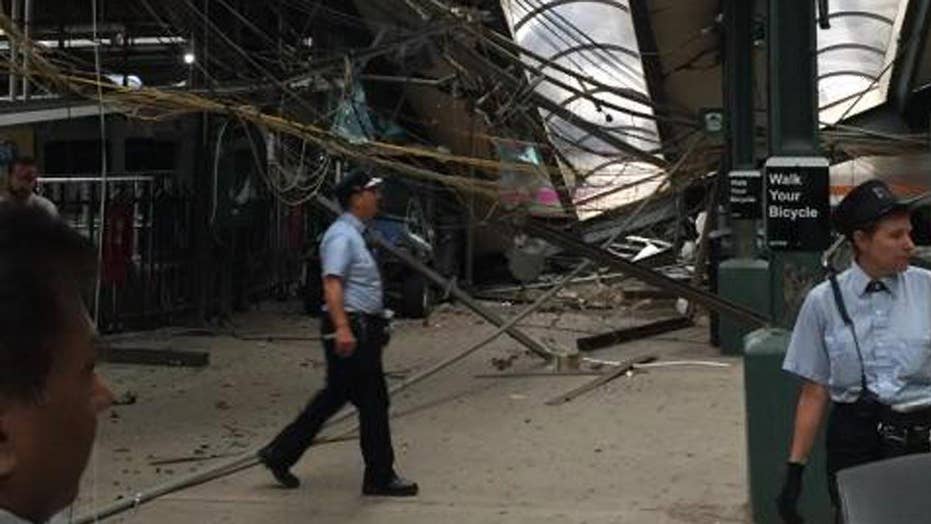 HOBOKEN, N.J. – Fabiola Bittar de Kroon was in a rush to catch the train.

When she dropped off her toddler daughter at daycare on Thursday morning, she barely had a moment to chat.

"She was dropping off the daughter, I was closing up the stroller," daycare director Karlos Magner recalled. "We had a good talk for like a minute. And she said she was in a rush."

De Kroon sprinted off to the Hoboken Terminal.

A short time later, a train traveling too fast crashed through a barrier and into the station, killing de Kroon amid falling debris and injuring more than 100 other people.

Daycare director Maria Sharp said de Kroon, who had recently moved to the United States from Brazil with her husband and daughter, was very involved, always wanting to know how her daughter was growing academically.

"You just saw a smile on her face every time she came to pick up her daughter," Sharp said, "and that's what I keep seeing."

De Kroon, 34, worked for the software company SAP in its legal department in Brazil until earlier this year, when she moved to New Jersey after her husband got a job with an international liquor company.

Cecilia Marques, a former co-worker at a company that specialized in travel to Brazil, said she was saddened and shocked by the news of de Kroon's death.

"I am speechless and feel like the world stopped for some moments," Marques said. "I had the privilege to get to know and work with Fabiola for some years, and I can say she was a great, talented, big and genuine heart."

De Kroon, a 2011 master's degree graduate from Florida International University's College of Business, previously lived in Florida but was a Brazil native, according to her Facebook account.

Dolf Wiemer, a former LG Electronics co-worker who lives in Brazil, said he knew the couple well and in April had visited them before they moved to the U.S. De Kroon was excited about the change and her husband's major career move, Wiemer said.

The de Kroons, he said, were "an international couple not avoiding any adventure by even moving countries in (pursuit) of a better (life)."

"Even if this means that you have to follow your partner and have to get used to other cultures and ways of living," he said. "It is tragic that she had to be in such a bad place at that time while pursuing their dreams of life."