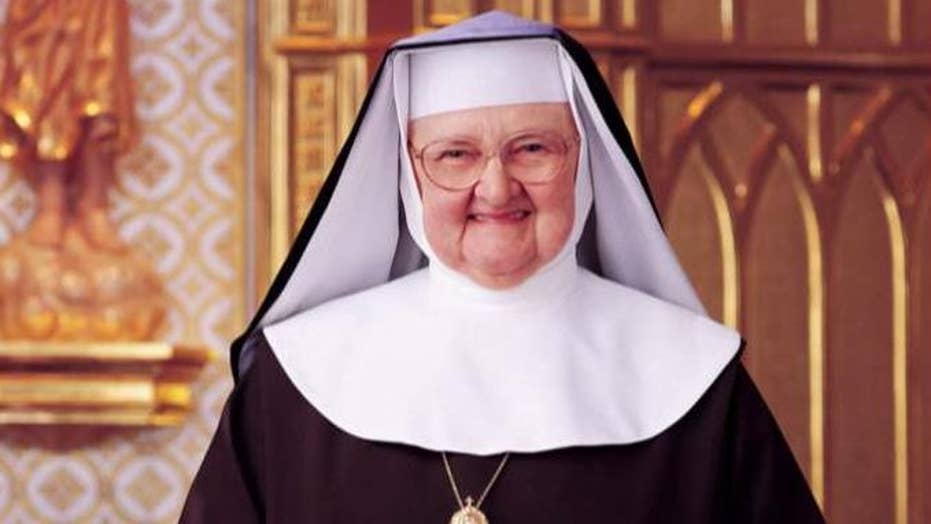 Peter Johnson Jr. reflects on the legacy of Mother Angelica and the Eternal Word television Netowrk

Mother Angelica, founder of the Alabama-based Eternal Word Television Network, died Sunday at the age of 92, according to the network.

Her death on Easter came after a struggle with the "after effects of a stroke," EWTN said in a statement on the network’s website.

“Mother has always and will always personify EWTN, the network that God asked her to found,” said EWTN Chairman and Chief Executive Officer Michael Warsaw said in a statement. “Her accomplishments and legacies in evangelization throughout the world are nothing short of miraculous and can only be attributed to divine Providence and her unwavering faithfulness to Our Lord.”

Mother Angelica had been in declining health since suffering a severe cerebral hemorrhage on Christmas Eve 2001. She never regained her full speaking ability and had other, less-severe strokes through the years.

Bedridden for months, Mother Angelica was placed on a feeding tube this fall as her health slowly declined, fellow nuns at Our Lady of the Angels Monastery said in an announcement released in November.

Although she had been out of the public eye for years and was no longer appearing on her trademark "Mother Angelica Live" show, old episodes of her show have remained a programming staple on Eternal Word.

"We want you to know how much God loves you, and that's a lot," she told viewers at the end of an episode taped in November 2000.

Mother Angelica displayed both deep devotion to Jesus and a comic's timing on the episode, drawing laughs when she couldn't reach her Bible during the opening sequence. An unseen aide hands her the book from off camera.

Mother Angelica was born Rita Rizzo in Canton, Ohio, in 1923. She entered the Poor Clares of Perpetual Adoration monastery in Cleveland at age 21 and joined other nuns in moving South to open a new monastery in Alabama in 1962.

With only $200, the nun began broadcasting a religious talk show from a TV studio put together in the monastery garage in suburban Birmingham in 1981. That show grew into Eternal Word Television Network, which has long had the blessing of the Vatican.

While critics sometimes accuse Eternal Word Television Network of being too conservative or too liberal, it says it tries to stick to the leadership of the Vatican. The network reports extensively on statements and trips by the pope.

Despite its humble beginnings, EWTN Global Catholic Network calls itself the world's largest religious media network. It has 11 TV networks that broadcast Catholic programming to more than 258 million households in more than 145 counties and territories.

The nonprofit broadcaster reported total revenues of $46 million in 2013, the last year for which tax records are available. Of that, $45.4 million came from donations.

“We have all lost a friend, a mentor, a spiritual mother, a voice of conscience, and a source of laughter and encouragement,” said Fr. Frank Pavone, National Director of Priests for Life in a statement to Fox News. “I was able to thank her again personally for all she has done when I said Mass in her room just two weeks ago on March 13th and blessed her with a first class relic of Pope Saint John Paul II.”

"Her voice and her message will be with us for a long time,” Pavone said. “Thanks to the continued growth of the media apostolate she founded -- an apostolate in which we eagerly participate -- people will be able to learn and laugh with Mother Angelica for many years to come. We should all recommit ourselves today to echoing her messages," he added.

Reverend Robert J. Baker, Bishop of Birmingham in Alabama, said in a statement of WBRC-TV, "Mother Angelica brought the truth and the love and the life of the Gospel of Jesus to so many people, not only to our Catholic household of faith, but to many thousands of people who are not Catholic, in that beautiful way she had of touching lives, bringing so many people into the Catholic Faith."