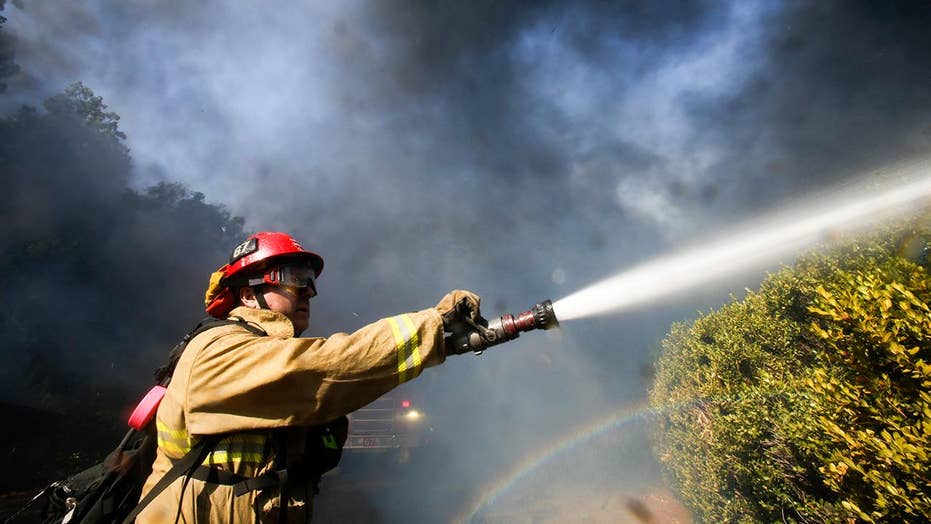 Nearly all residents under mandatory evacuation for the Getty Fire, which sparked early Monday morning in Los Angeles’ Brentwood neighborhood, near the Getty Museum, were able to return to their homes Wednesday evening, the Los Angeles Fire Department (LAFD) confirmed.

The fire -- once of several scorching the Golden State -- has burned 745 acres, destroyed 12 homes and damaged five, LAFD said.

The Getty Fire is now 39 percent contained, but fire officials said Santa Ana winds up to 50 mph could hamper their efforts to control the blaze.

Fire officials said the fire started when a tree branch broke off and landed on power lines due to high winds.

LAFD added that the dry, windy conditions are as “dangerous for fire growth” as California has seen in recent years.

Meanwhile, the Easy Fire, which started in Ventura County north of Los Angeles on Wednesday, threatened the Ronald Reagon Presidential Library during 40 mph sustained winds, but the library was spared after crews successfully deployed aerial water and fire retardant drops on the flames.

The state has been plagued by a spate of fires cropping up from San Diego to San Francisco, including the Kincade Fire north of San Francisco, which has burned more than 76,000 acres and injured four people in a week.