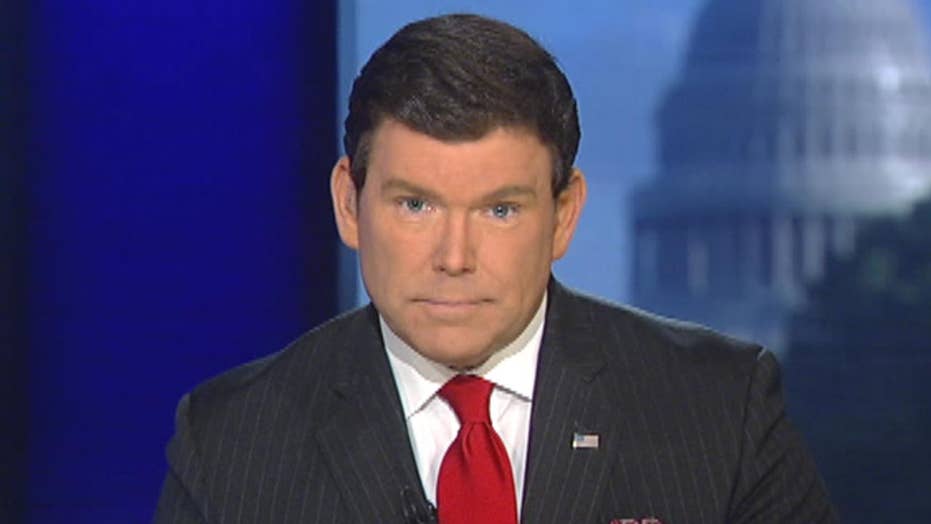 Coming up on Wednesday, May 03 edition of 'Special Report'

President Trump on Tuesday fired back at Hillary Clinton in a series of tweets after the former Democratic presidential candidate blamed FBI Director James Comey and Russian interference for ruining her chances at becoming president.

“FBI Director Comey was the best thing that ever happened to Hillary Clinton in that he gave her a free pass for many bad deeds,” Trump tweeted. “The phony Trump/Russia story was an excuse used by the Democrats as justification for losing the election. Perhaps Trump just ran a great campaign?”

COMING UP: FBI Director Comey testifies at a hearing in front of the Senate Judiciary Committee called, Oversight of the FBI." WATCH LIVE AT 10 AM ET on Fox News Channel and FoxNews.com

North Korea’s nuclear weapons development could be used as “blackmail” to influence the U.S. to abandon its ally in South Korea in order to make it easier for Pyongyang to overtake its archrival, a White House official said Tuesday.

Matt Pottinger, the Asia director on President Trump’s National Security Council, said there might be some truth to the idea that North Korea wants a nuclear deterrent to protect its communist regime, but the country’s robust conventional military has worked as a deterrent for decades.

COMING UP: Secretary of State Tillerson addresses Department of State employees at the State Department. WATCH LIVE AT 10:30 AM on Fox News Channel and FoxNews.com

Chicago police on Wednesday questioned three persons of interest after two police officers were shot and injured in the city's South Side in what was a targeted attack.

Two guns and a vehicle were recovered in the investigation. It appears the two were shot by a high-powered weapon, Anthony Guglielmi, Chicago Police chief spokesman, said on Twitter.

Tonight was a frightening reminder of the dangers our dedicated officers face. Thank you @Chicago_Police for putting service above self. https://t.co/XTgQZtbQkP

"When you look at the electorate, it’s pretty simple math," Penn, now chairman of the Harris Poll, told host Tucker Carlson. "94 to 96 percent of Trump voters say they’re sticking with him. That would be 94-95 percent of 46 percent. About 10 percent of the people who didn’t vote for him approve of him ... and realistically we are right back where we were on Election Day."

'TUCKER CARLSON TONIGHT': WHY ARE THE POLLS STILL WRONG ON TRUMP?

8 AM ET: Mick Mulvaney, OMB director, will be on "Mornings With Maria"

9:45 AM ET: Scott Pruitt, EPA administrator, will be on "Varney & Company"