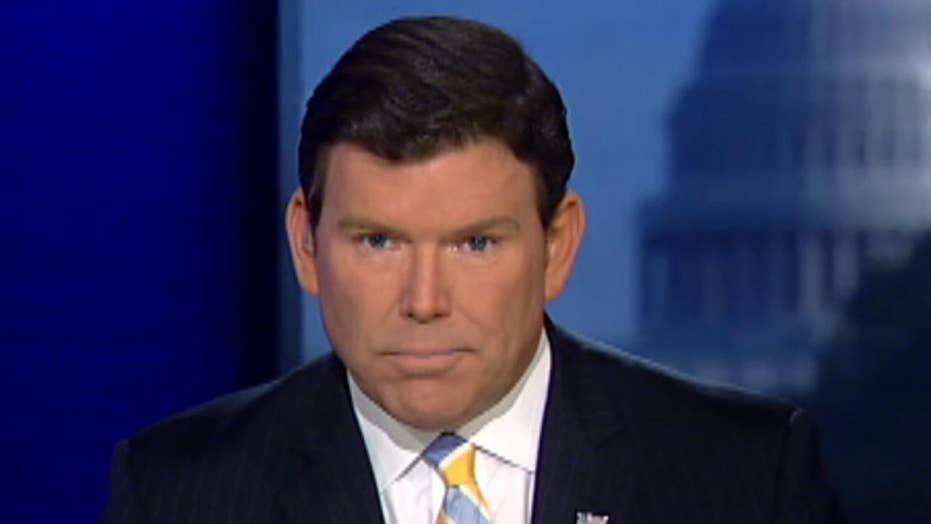 Coming up on Thursday, April 27 edition of 'Special Report'

A top U.S. commander in the Pacific on Wednesday said he believes Hawaii needs more missile interceptors in response to the growing threat on North Korea and Pyongyang’s capability to launch a rocket.

Adm. Harry Harris told the House Armed Services Committee that Hawaii’s defenses were sufficient for now, but could one day be overwhelmed in an onslaught.

He could not comment on the precise capability of the U.S.' defenses, but he said, "I do believe that the numbers could be improved. In other words, we need more interceptors."

(WATCH HARRIS TALK ON NORTH KOREA IN FRONT OF THE HOUSE ARMED SERVICES COMMITTEE LIVE AT 9:30 AM ET ON FOXNEWS.COM)

"it is my privilege to bring NAFTA up to date through renegotiation," Trump said in a statement.

The White House added that Trump "agreed not to terminate NAFTA at this time" and that all three leaders ""agreed to proceed swiftly, according to their required internal procedures, to enable the renegotiation" of the trade deal to "the benefit of all three countries."

UNITED TRIES TO MAKE IT RIGHT

United Airlines issued a report Thursday addressing the April 9 incident where a  69-year-old passenger was dragged off a plane after refusing to give up his seat for airline crew members.

United laid out a series of changes that include increased training for employees, a $10,000 incentive for voluntarily bumped passengers on overbooked flights and a promise to reduce the amount of overbooking on flights.

Ann Coulter said universities like Berkeley, where she planned to speak before the event was canceled, are generally "radical."

Andrew Napolitano writes about Hillary Clinton and the FBI

10 AM ET: UN Security Council Meeting on the Middle East and Syria. Watch live on FoxNews.com

9 AM ET: Rep. Pete Roskam, R-Ill, a member of the House's tax policy subcommittee, to appear on "Varney & Company"

6 PM ET: Rep. Louie Gohmert, R-Texas, will be a guest on "Making Money with Charles Payne"