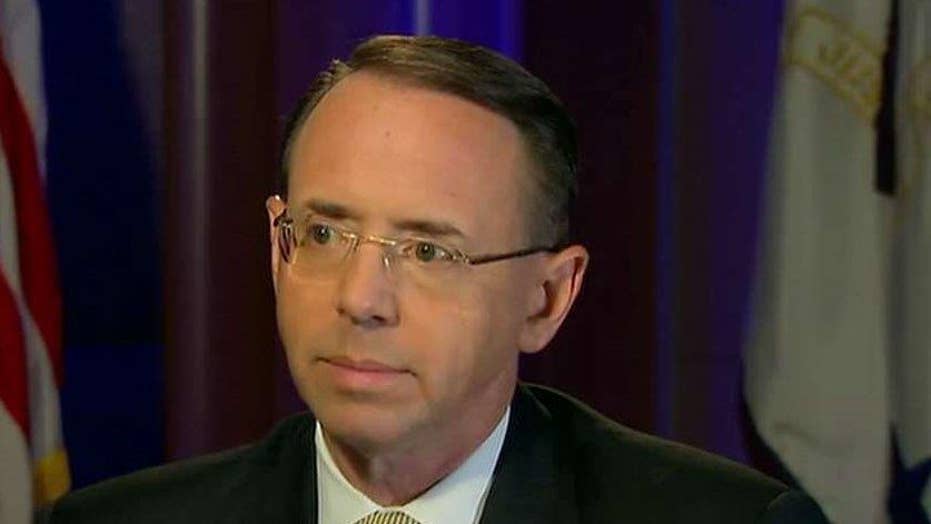 Deputy attorney general speaks out on 'The Story'

Another Senate Republican has spoken out against Majority Leader Mitch McConnell’s plan to repeal ObamaCare without a replacement, dampening GOP efforts to move forward.

Sen. Rob Portman, R-Ohio, told reporters in a conference call Tuesday that the strategy was not “appropriate,” but neglected to say whether he would vote against taking up the House health care bill, The Hill reported.

MISSILES HAVE RANGE, NOT ACCURACY

The second highest-ranking U.S. military official said on Tuesday that despite North Korea’s intercontinental ballistic missile’s range, Pyongyang does not have the ability to hit the U.S. with “any degree of accuracy,” Reuters reported.

‘PEOPLE OUGHT TO KEEP THEIR PROMISE’

Sen. Rand Paul, R-Ky., slammed Republican senators who have said they would vote against a bill to repeal ObamaCare, telling Fox News Tuesday night that "they've got some serious explaining to do when they go home."

The woman seen in a viral video walking in a miniskirt and crop top in Saudi Arabia was arrested Tuesday and was turned over to the public prosecutor’s office, The New York Times reported, citing state-run TV.

The woman was identified only as Khulood. She told authorities that she was in public with her legal guardian—a male relative—and the clip was put online without her knowledge.

7 AM ET: Rep. Peter Roskam  will be on ‘Mornings with Maria’

8:30 AM ET: Sen. David Perdue will be a guest on ‘Mornings with Maria’

9 AM ET:  Sen. John Kennedy will appear on ‘Varney & Company’

1 PM ET: Sen. Richard Shelby will be on ‘Cavuto: Coast to Coast’