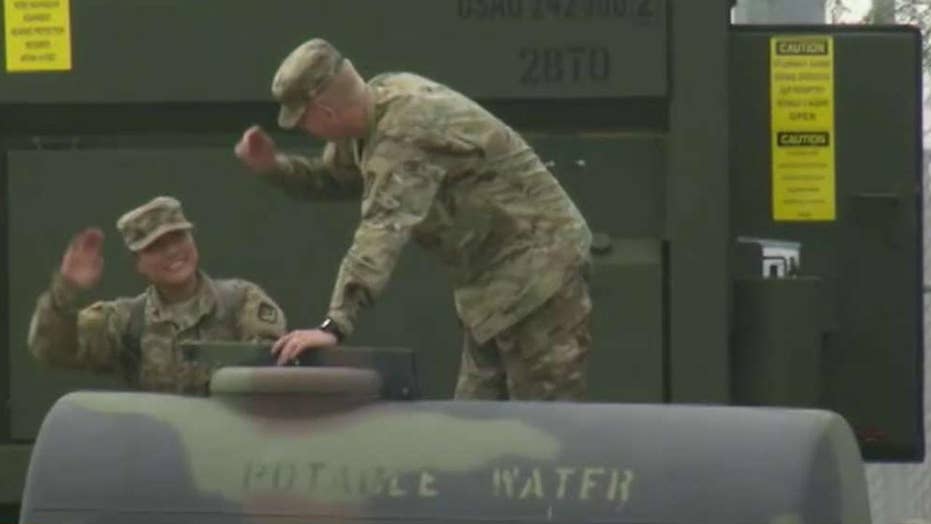 The Pentagon will deploy 1,000 more troops to the southern border next week, a senior U.S. defense official said Friday afternoon.

The additional forces will bring the total to nearly 6,000 active-duty and National Guard personnel deployed in support of the Department of Homeland Security at the border with Mexico, one week after President Trump declared a state of emergency to free up funding for a promised border wall.

SOME 5,200 TROOPS DEPLOYING TO BORDER

House Speaker Nancy Pelosi said Friday the House will vote Tuesday to reject Trump’s national emergency when Congress returns next week. The president has promised to veto any such effort to undo his emergency declaration, which is also being challenged in the courts.

For years, it has been the practice to request approval from Congress before reallocating Defense Department funds, the senior defense official said, but also told reporters a congressional sign-off is “not required.”

More than 5,000 U.S. active-duty forces were ordered to the southern border in late October ahead of the midterm elections, and as a caravan of thousands of migrants traveled up toward the U.S. from Central America.

Since then, the mission has been extended two times.  Earlier this year, Acting Defense Secretary Pat Shanahan said U.S. forces would remain on the border through the end of September, due to the painstaking work of laying more than 100 miles of barbed wire, and offering aviation, surveillance and other support.

“We’re laying down another 140 miles of concertina wire, about 30 percent done with that,” the official added.