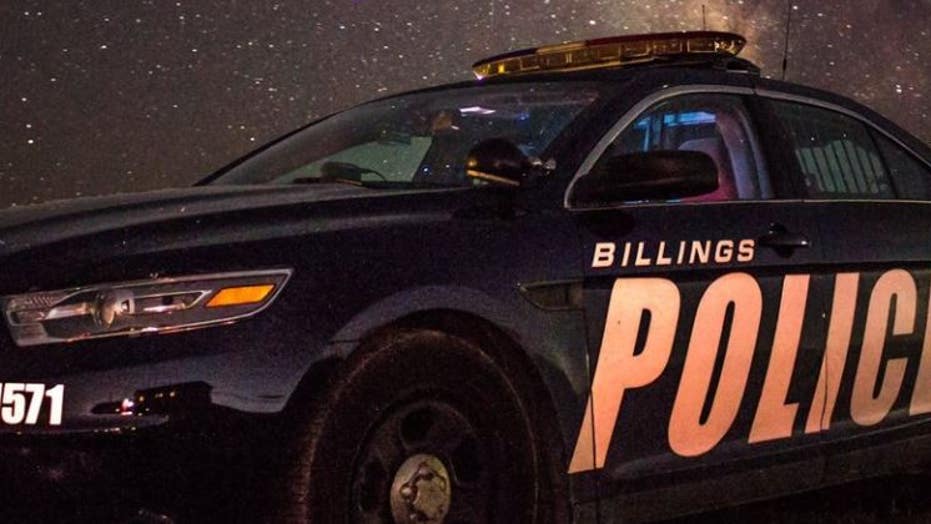 A police officer in Montana was seriously injured early Saturday after a car full of teenagers ran him over, police said.

The Billings Police Department said the driver deliberately sped toward the officer who had been giving commands to stop.

The suspects had sped away from officers multiple times that evening, according to a news release.

Multiple teenagers were arrested after allegedly hitting an officer with their car. (Twitter/@BillingsPD)

Officers reportedly found the car around 1:12 a.m. As the officers gave commands to the people inside the stopped car, it suddenly accelerated and drove straight at the officers, police said.

A Billings officer was struck, suffering serious but non-life-threatening injuries. He underwent surgery at a nearby hospital.

His identity has not been released. Police said he’s 35 years old and a six-year veteran with the department.

The car sped away again and crashed nearby, police said. The people inside the car tried running off, but police said they arrested them.

The driver’s identity was not released. He was remanded into youth services and charged with attempted deliberate homicide, police said.